Ministers Finian McGrath and Simon Harris have met with senior officials from the HSE in the wake of recent reports about services for people with a disability provided by or funded by the executive.

Serious failings in care services for the intellectually disabled were uncovered by the RTÉ Investigations Unit last week.

The ministers spoke with HSE officials about the serious concerns they have regarding both recent and historical issues about the care by the State of vulnerable people with a disability.

The HSE reiterated their previous public statements to the Public Accounts Committee acknowledging significant service and management failings over a number of years in respect of citizens with a disability and their families who trusted the State to prioritise their additional needs.

The ministers discussed with the HSE the range of measures which are being implemented and progressed in recent years to improve these matters.

They also emphasised the need for the public to be made more aware of the independent bodies to whom they can bring their concerns.

Earlier, the HSE's Chief Officer of the Community Health Organisation said any cases of neglect or abuse are not acceptable and the HSE takes all avenues to follow up on these issues.

Speaking on RTÉ's News at One Aileen Colley said she was reacting to reports that several people under the care of the Health Service Executive had been allegedly abused and were not adequately followed up on for nearly 20 years.

Ms Colly insisted that there were files on all clients and if there were issues, they were addressed.

"I can assure you and your listeners that people have been followed up and those issues of historical abuse have been actioned.

"And they were actioned throughout those intervening years. So it hasn't just happened in the last short while."

"We have learned lessons in terms of coming away with a safeguarding policy and looking at lessons brought into today's world into how we work and follow up on these issues.

"I guess in the context of 30 years ago files will be kept appropriate to that time."

She also said it was important to look at what happened after the file review.

"From the file review report, actions were looked at, there was a screening from an administration point of view.

"I can tell you we have addressed those issues. That there is a comprehensive tracking of people within agencies, that we have a proactive follow up and that we can map and track those placed within agencies."

Her remarks come following the latest revelations from a leaked internal Health Service Executive report show clients who had long histories of "shocking alleged abuse" known to the services for up to 20 years were not adequately followed up on.

The author of the leaked report says that because of clients lack of capacity they were unable to escape abuse situations.

To illustrate this point the social worker refers to one particular woman who in her 30s disclosed in recent years that she was being sexually abused by a local man.

Her substantial case files showed that she had first made the allegations when she had been at secondary school but it would appear that an assumption was made that the abuse had somehow stopped, when this was not the case.

In fact the report says the woman had been continually abused since childhood, with her father allegedly taking payment from the abuser.

A woman was found to be living in a HSE-funded placement in a residential centre but at the time of the report's completion, the social worker had yet to visit her because he had only realised that she existed.

Despite the fact he had previously visited another client living at the same centre, he knew "almost nothing" about her.Once again the social worker refers to another client who he and his colleagues only identified at the end of the review.

They found this client was also living in a HSE-funded service - yet the social worker says they knew "nothing" about the person or the service in which the individual was living.

Lastly, the report states that on three occasions children in care remained with foster carers in the region without any official oversight of those placements and the social worker says on one occasion this led to a client being abused and neglected.

However, senior HSE management were not the only people aware of this report. Government ministers were previously made aware of the report's existence as early as January 2015.

It is understood the author of the report met then minister for health Leo Varadkar and then minister of state with responsibility for disability Kathleen Lynch and during that meeting a copy of this report was handed over.

The Department of Health says any information obtained by the ministers at the meeting was received as part of a protected disclosure and was brought to the attention of relevant bodies as appropriate.

The RTÉ Investigations Unit has already revealed a catalogue of issues, including one case where a woman was returned regularly unsupervised to her family, despite it being known she had been sexually abused as a child by a family member.

In another case, one residential care client had not been visited by the HSE for 16 years - the cost of the placement to the HSE was €88,000 a year.

Details of the leaked report on adults with intellectual disabilities in various care settings showed how hundreds of vulnerable adults were failed by the State's care services.

It was revealed that the File Review Report was completed by a senior social worker in 2013, having taken 18 months to complete, and which examined 1,080 files spanning a 30-year period.It relates to adults with intellectual disabilities, all of whom come from the same region as the 'Grace' foster home case.

The report contains a number of key findings, including that the HSE had little or no knowledge about most of the clients in the disability services that it funded and opportunities to stop abuse from occurring were frequently missed.

This meant that vulnerable people were left at serious risk of abuse including sexual abuse.

The report also describes case files that had not been updated in over 25 years, while other files only consisted of a single page, and at various stages throughout the report the author uses phrases like "chaotic", "haphazard" and "a complete mystery" to describe their nature.

It also makes reference to over 30 case studies, including the case of a number of individuals in care who had not been visited by the health board or HSE in almost 20 years.

The HSE says the care and safety needs of all the individuals identified in the report are being met and there are no current safeguarding issues.

It says it highlighted 47 cases for priority follow up. However, the report itself only references 31 case studies.

So subsequent investigations by the HSE seem to have led to the discovery of a further 16 cases of concern.

Minister for Social Protection Leo Varadkar has said he met the whistleblower who highlighted problems with the care of the intellectually disabled in the South East.

Mr Vardkar said as health minister he go the report written by the individual, which was given to him as a protected disclosure.

He said he and junior minister Kathlen Lynch met the author of the document, as did senior officials in his department and in the HSE.

He said the allegations were fully followed up, safeguards were put in place to ensure no one remained at risk, and Senior Counsel Conor Dignam was appointed to investigate.

His work was still under way according to the minister who said he was limited in what more he could say by whistleblower legislation. 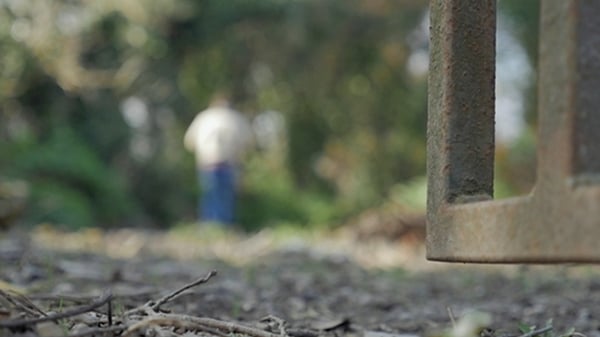 HSE aware of 'Mary' case much earlier than admitted