Turkish President Tayyip Erdogan has said the Turkish people wanted the death penalty - abolished more than a decade ago - for those involved in last weekend's failed military coup.

"The people on the streets have made that request," Mr Erdogan said in an excerpt of an interview broadcast by CNN.

"The people have the opinion that these terrorists should be killed ... Why should I keep them and feed them in prisons for years to come, that's what the people say."

CNN also quoted Mr Erdogan as saying official papers would be filed within days to request the extradition of cleric Fethullah Gulen from the United States.

US Secretary of State John Kerry said he had made it clear to Turkey that it must provide genuine evidence that withstands scrutiny when requesting the extradition of Mr Gulen.

Mr Gulen condemned the military uprising "in the strongest terms" in a rare interview with reporters in Pennsylvania and rejected charges of being the coup mastermind, suggesting Mr Erdogan may have staged it himself.

Earlier, German Chancellor Angela Merkel told Mr Erdogan that Germany vehemently opposes the reinstatement of the death penalty and that such a step would prevent Turkey becoming an EU member, a German government spokeswoman said.

"The chancellor urged the president to abide by the principles of proportionality and rule of law in the Turkish state's response (to the coup attempt)," the spokeswoman said, adding that the recent wave of arrests and dismissals in Turkey was a cause for great concern.

Chancellor Merkel also told Mr Erdogan during a telephone conversation that a reintroduction of the death penalty in Turkey is "in no way compatible" with its goal of EU membership, she added.

Mr Erdogan has said there could be no delay in using capital punishment after a failed coup attempt, adding the government would discuss it with opposition parties

NATO head Jens Stoltenberg echoed this urging Turkey to fully respect the rule of law and democratic freedoms, just like any other alliance member.

"Being part of a unique community of values, it is essential for Turkey, like all other allies, to ensure full respect for democracy and its institutions, the constitutional order, the rule of law and fundamental freedoms," Mr Stoltenberg said in a statement after speaking with President Erdogan.

EU foreign policy chief Federica Mogherini has also Turkey must protect the rule of law "for the sake of the country".

Mr Mogherini was speaking at a meeting of EU foreign ministers in Brussels.

Security forces in Turkey this morning carried out new raids against suspected plotters of the botched coup, as international concern grew over the scale of the crackdown.

A total of 8,777 public personnel, including one provincial governor and 29 governors of towns have been dismissed, the ministry said.

Turkey removed 8,000 police across the country due to alleged links with the coup attempt, a senior security official said.

A total of 103 generals and admirals have been detained in the wake of the failed bid.

The top military figures have been detained in sweeps across the country in what appears to be a major purge of the armed forces.

They are now being taken to courts to decide on remanding them in custody.

Mr Erdogan has urged citizens to remain on the streets even after the defeat of the coup, in what the authorities describe as a "vigil" for democracy.

New demonstrations of support were held throughout the country last night. According to Anadolu, 1,800 additional elite special police forces have been drafted in from surrounding provinces to ensure security in Istanbul.

Leaders including US President Barack Obama and German Chancellor Angela Merkel have urged Turkey to follow the rule of law in the wake of the coup.

Death penalty would be 'unacceptable'

Meanwhile, Austrian Foreign Minister Sebastian Kurz said it would be unacceptable for Turkey to reintroduce the death penalty in response to the failed coup.

"The introduction of the death penalty would of course be absolutely unacceptable," Mr Kurz said in an interview with Austrian newspaper Kurier.

Turkey has ambitions to join the EU, but a revival of the death penalty would freeze any discussion of membership.

President Erdogan had said: "In democracies, decisions are made based on what the people say. 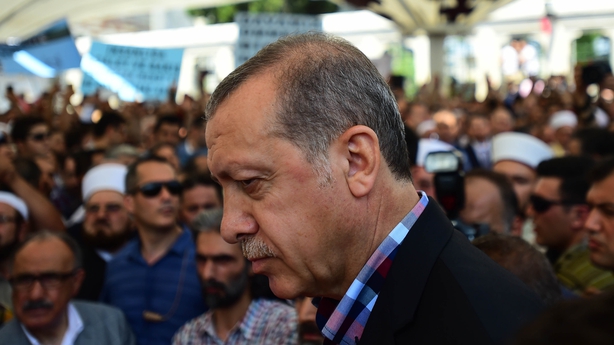 "I think our government will speak with the opposition and come to a decision," he said, reacting to crowds in Istanbul calling for capital punishment.

"We cannot delay this anymore because in this country, those who launch a coup will have to pay the price for it," he told supporters.

Turkey abolished the death penalty in 2004 under reforms aimed at obtaining EU membership.

Reinstatement would create further issues between the EU and Ankara in the already stalled membership talks. 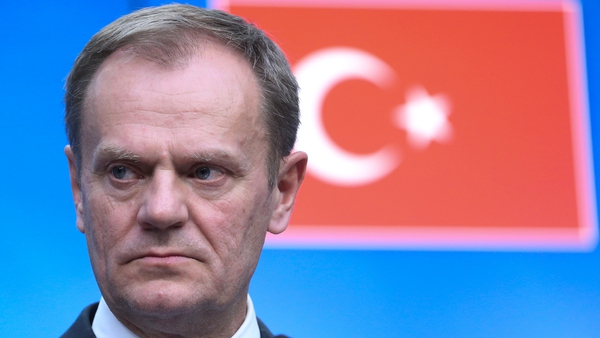 EU's Tusk: 'no alternative' to democracy in Turkey