Meetings are to continue to agree a transfer of the services offered by suicide bereavement charity Console as the organisation is expected to be wound down in the wake of revelations about its finances.

Console's interim CEO David Hall, officials from the Health Service Executive and the Department of Health and the charity regulator have met today.

Mr Hall has repeatedly said that Console cannot survive unless a firm decision is made by its main funder, the HSE.

The services provided by the charity are expected to be transferred to another organisation in the sector.

The charity has been mired in controversy after two weeks of revelations about questionable financial dealings and governance, which were revealed by the RTÉ Investigations Unit.

The UK Charities Commission has secured an order to freeze the NatWest accounts, one with £43,700 and one with zero.

The commission earlier this week began an investigation into Console UK.

The Department of Foreign Affairs, which paid Console UK some €150,000 over the past three years, has also sent auditors to London this week to examine its books.

Questions remain for the HSE about why it continued to fund the organisation with around €65,000 a month as the extent of financial irregularities became clear.

A spokesperson said they had to wait until the internal audit was finalised before making such a big decision.

HSE bosses will face questions on this at the Public Accounts Committee next week.

Former Fine Gael parliamentary assistant Tommy Morris who initially raised concerns about Console has said he is "shocked at the news that this vital service must close".

In a statement this afternoon, Mr Morris said he does not regret "exposing the facts about Console" and he called on the HSE to "ensure a top class service is provided".

Earlier, Minister for Education Richard Bruton said the core services of Console would be protected.

He was responding to a question in Dáil from Fianna Fáil's Michael McGrath who asked if Console had a future.

Mr Bruton said the primary aim was to protect services and that workers within the service would be supported as well. 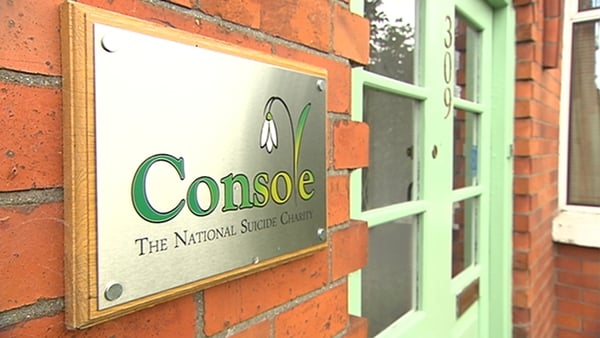