Ireland should consider suspending diplomatic relations with Egypt over the continued detention without trial of Ibrahim Halawa, the Dáil has heard.

Green Party TD Catherine Martin made the call during a debate on an all-party motion calling for his release from prison.

The party's deputy leader said: "Ibrahim Halawa, we say his name loudly and clearly here today, so Egypt hears our one united voice...Ireland will not stand for this."

She said she had met Egypt's Ambassador to Ireland, Soha Gendi, but took nothing of hope from it.

AAA/People Before Profit TD Richard Boyd Barrett said anything remotely resembling legal process in Egypt has been abandoned and it was time to stop treating the Egyptian regime with kid gloves.

He told the Dáil that Ireland had to call for sanctions at European level and be prepared to implement them.

Minister for Children and Youth Affairs Katherine Zappone said she thought about Mr Halawa - who was 17 when he was arrested in 2013 - every day and paid tribute to his family.

The all-party motion, which was passed without a vote, notes that Mr Halawa has been detained "without due process" for three years since his arrest, which is "an unacceptable infringement of his basic human rights".

Last month, the trial of Mr Halawa was postponed for the 14th time, and put back to 2 October.

The now 20-year-old was arrested by the Egyptian army as he took refuge in a Cairo mosque while Muslim Brotherhood protesters staged a "day of rage" outside in August 2013.

Mr Halawa is facing a mass trial alongside 493 other defendants, and faces a possible death sentence.

The Seanad has already passed the same motion calling for the release of Mr Halawa without debate.

Minister for Foreign Affairs Charlie Flanagan said that Taoiseach Enda Kenny spoke to the Egyptian president for the third time on Monday about the case.

Minister Flanagan said Fattah el-Sisi said they could not intervene in the courts, but wanted to see the case resolved.

He told the Dail that the case "remains the highest consular priority that we have and I will do everything possible to secure the return of Ibrahim Halawa and see him back in Ireland as soon as possible."

Mr Halawa's family, who were in the Dáil for the debate, are to reapply for a presidential decree in the latest attempt to secure his freedom.

They say he has been tortured, received electric shocks, beaten, spat on and moved without their being made aware of his whereabouts.

The Egyptian Ambassador will be called to appear before the Oireachtas Foreign Affairs Committee to address the repeated delays in the trial of the Dublin man. 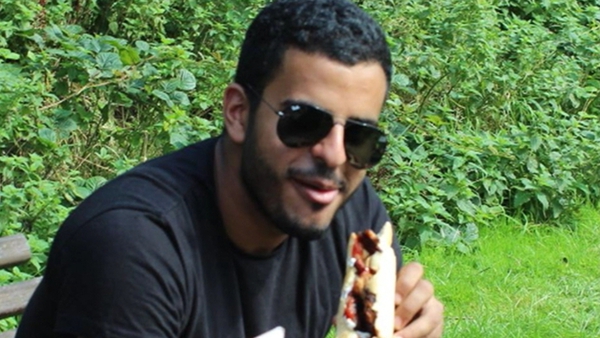 Family of Ibrahim Halawa to reapply for presidential decree