Australian Prime Minister Malcolm Turnbull has pulled within striking distance of the votes needed to form a narrow majority government in a cliff-hanger election that has left the nation in limbo and his leadership in doubt.

Electoral officials are counting 1.5 million postal and absentee votes that will be crucial to the result of Saturday's poll, which saw a swing against Mr Turnbull's conservative coalition government and the rise of populist independents.

A final reckoning may not be known for days, possibly weeks, leaving Australia in a political vacuum.

The latest projections by the Australian Broadcasting Corporation shifted two seats into the government's column, giving Mr Turnbull's Liberal-National coalition 70 out of 150 lower house seats, and the centre-left Labor opposition 67.

Both major parties are just short of the 76 seats needed to form a majority government in the House of Representatives, and negotiations are already under way with independents who will hold at least four seats.

Mr Turnbull's gamble in calling an early election failed to deliver a clear mandate for his agenda of corporate tax cuts and his disastrous polling has led to attacks from inside and outside his coalition after his attempt to win over the upper house Senate failed.

The surge in voting for independents, combined with rules that make it easier for smaller parties to win Senate seats in a so-called double dissolution of parliament, will likely make it impossible for Mr Turnbull to push through policies including a A$50 billion corporate tax break over ten years.

Even if the coalition wins a narrow majority in the lower house, Mr Turnbull would then have to try to pass legislation through an even more intransigent Senate.

But Treasurer Morrison said the government would not abandon its economic policies. "We will go forward with our legislation plan for the budget, certainly if we return as a majority government," he said.

Another fault line emerging for a Turnbull government is the demand from the National Party, the junior coalition partner, that its strong electoral performance had earned it a greater say in government.

The Nationals represent rural Australia and take a strong stance on foreign ownership and trade. In May, it was influential in blocking a Chinese bid for cattle giant S Kidman & Co by a group headed by Hunan Dakang Pasture Farming Co Ltd, saying the sale was not in the national interest.

The election was meant to end political turmoil that delivered Australia four prime ministers over the past three years.

Instead, it left Mr Turnbull's authority in tatters less than a year after he ousted then prime minister Tony Abbott in a party-room coup with a promise of stable government. 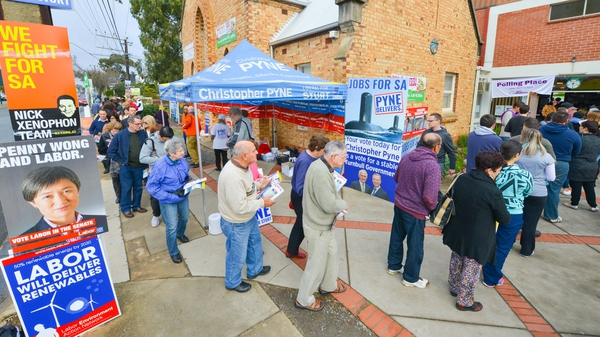