Radiation levels across the Pacific Ocean are rapidly returning to normal five years after a meltdown at the Fukushima nuclear plant spewed gases and liquids into the sea.

Japan shut down dozens of reactors after a magnitude 9.0 earthquake-generated tsunami on 11 March 2011 triggered one of the largest ever dumps of nuclear material into the world's oceans.

In the days following the quake and explosions at Fukushima, seawater meant to cool the nuclear reactors instead carried radioactive elements back into the Pacific, with currents dispersing it widely.

Five years on a review by the Scientific Committee on Oceanic Research, which brings together ocean experts from across the world, said radioactive material had been carried as far as the United States.

But after analysing data from 20 studies of radioactivity associated with the plant, it found radiation levels in the Pacific were rapidly returning to normal after being tens of millions of times higher than usual following the disaster.

"As an example, in 2011 about half of fish samples in coastal waters off Fukushima contained unsafe levels of radioactive material," said Pere Masque, who co-authored the review published by the Annual Review of Marine Science.

But the study also found that the seafloor and harbour near the Fukushima plant were still highly contaminated in the wake of the world's worst nuclear accident since Chernobyl in 1986.

"Monitoring of radioactivity levels and sea life in that area must continue," added Professor Masque, a professor of environmental radiochemistry at the Edith Cowan University in Western Australia.

The research examined radioactive caesium levels measured off Japan's coast across the Pacific to North America.

Caesium is a by-product of nuclear power and is highly soluble in water, making it ideal for measuring the release of radioactive material into the ocean, it said.

Although no one is recorded as having died as a direct result of the nuclear accident, tens of thousands of people were uprooted, with many still unable to return home because of persistent contamination.

Cleaning up Fukushima and making the area habitable again is a crucial plank of government policy in Japan, with the government keen to prove nuclear power is a viable form of energy production for the resource-poor nation. 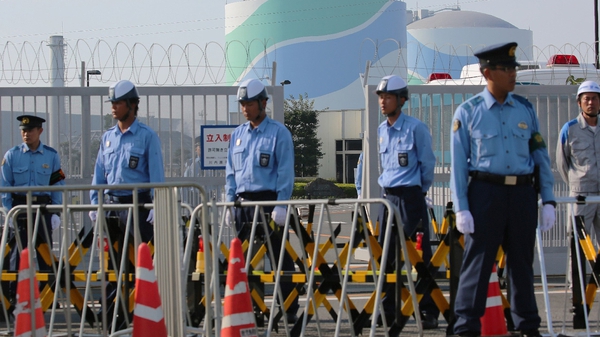