President Michael D Higgins has laid a wreath on behalf of the Irish people at an event at the Thiepval Memorial in northern France marking 100 years since the start of the Battle of the Somme.

It is regarded as the bloodiest and most futile offensive of World War I in which a million people were killed or wounded on both sides.

Thousands of Irish troops serving in the British army were among the casualties during the five-month battle.

President Higgins was greeted at the Thiepval Memorial by French President Francois Hollande and by members of the British royal family including Prince Charles, his wife Camilla and the Duke and Duchess of Cambridge. 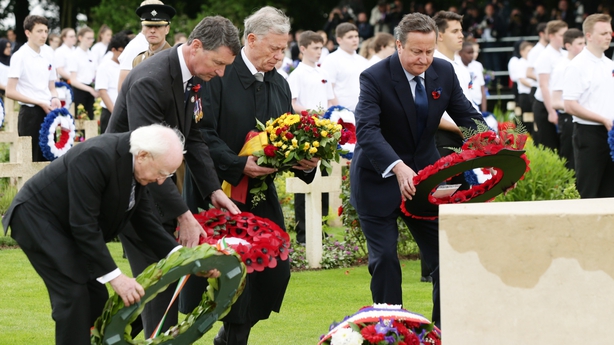 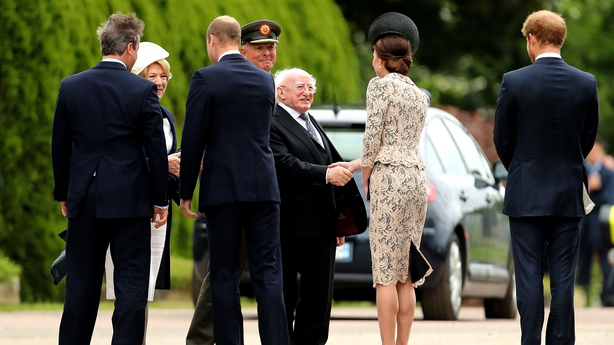 A military ceremonial event was also held this morning at the War Memorial Gardens in Dublin and the Mall in Cork to mark the anniversary.

The Dublin event, involving members of the Defence Forces and the Royal British Legion, began shortly before 7.30am - the time the battle itself started 100 years ago.

Minister for Social Protection Leo Varadkar laid a wreath on behalf of the Government at a memorial service at Belfast City Hall.

Today marks the centenary of the Battle of the Somme, where more than one million soldiers lost their lives.https://t.co/ViqbWoic77 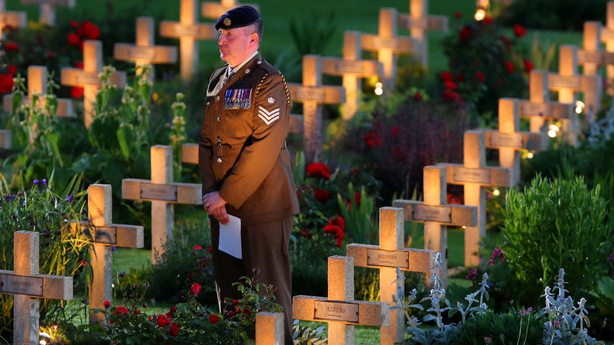 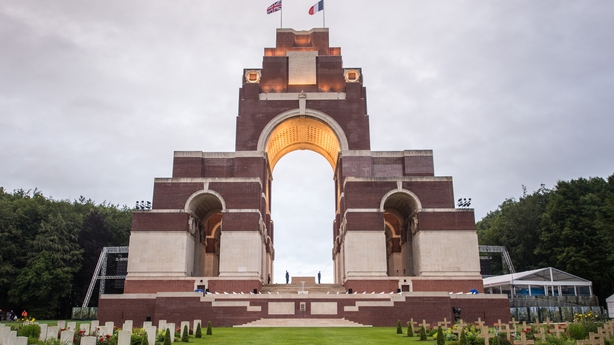 Actor Charles Dance led some 10,000 invited guests and dignitaries through readings and testimonies which captured the shock, horror and humanity of the Somme offensive.

The story was told too of William McFadzean of the 36th Ulster Division, killed on the morning of 1 July even before the order was given to go over the top.

There was also a reading from the last letter of Lieutenant Tom Kettle of the Royal Dublin Fusiliers by Sgt Gerard White of the Irish Defence Forces.

Kettle, the poet, politician and nationalist was ultimately killed at Ginchy on 9 September; his name is etched with tens of thousands of others on the Thiepval Monument.

'I am desperately anxious to live' - Irish soldiers remembered at event marking centenary of the Battle of the Sommehttps://t.co/4ygk4qYrKM 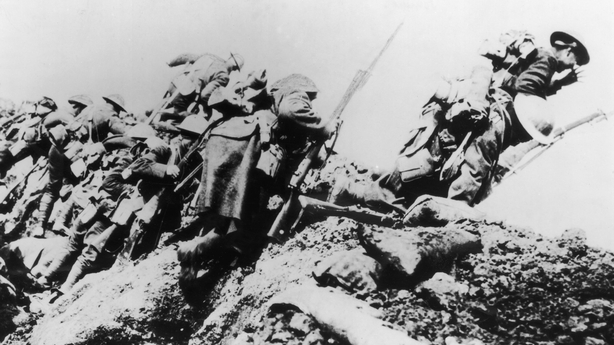 There had been stalemate on the western front since 1914.

A joint Franco-British offensive was planned to pierce the German lines and allow two cavalry divisions to push through, causing havoc in the German rear.

But the artillery barrage on 24 June had failed to soften German defences because one third of the shells had not exploded.

So on the morning of 1 July, 100,000 men moved forward expecting little opposition. Instead they walked into a hail of machine gun fire. 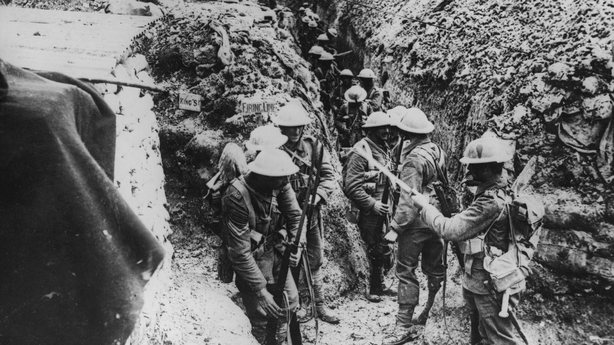 It has been estimated that 3,500 Irishmen, from North and South, died during the Battle of the Somme. Several thousand more were wounded or recorded as missing.

Instead of finishing within days, the Battle of the Somme lasted until November.

The gains of German territory were negligible. The losses on all sides reached one million.