The UK's European Commissioner Jonathan Hill has announced he is standing down from his post in response to the referendum vote for Brexit.

Mr Hill said he had told Commission president Jean-Claude Juncker that he will continue his work as commissioner for financial stability over the coming weeks to allow for an "orderly handover" of his responsibilities.

It was not immediately clear whether he will be replaced on the commission, which contains one member from each of the union's 28 member states. 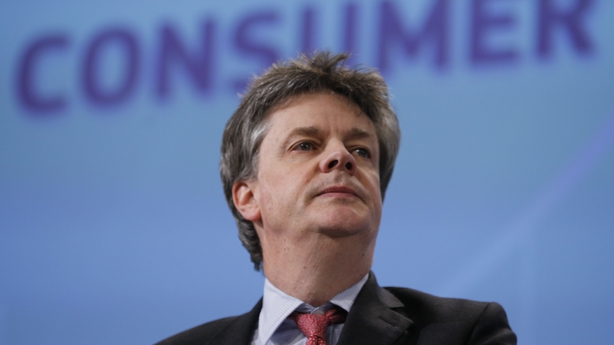 Mr Hill was appointed by British Prime Minister David Cameron to the post in 2014. He was the Commissioner in charge of Financial Stability, Financial Services and Capital Markets Union.

In a statement, Mr Hill said: "I came to Brussels as someone who had campaigned against Britain joining the euro and who was sceptical about Europe.

"I will leave it certain that, despite its frustrations, our membership was good for our place in the world and good for our economy.

"But what is done cannot be undone and now we have to get on with making our new relationship with Europe work as well as possible."

Embattled Labour leader Jeremy Corbyn, meanwhile, has pledged to fight for his job if MPs attempt to topple him.

Facing a vote of no confidence next week, Mr Corbyn insisted he would run again if forced into a crisis leadership election which would be decided by grassroots members.

Asked at a major post-Brexit speech in London if he would stand in such circumstances, he said: "Yes, I'm here, thank you."

Mr Corbyn added: "There are some people in the Parliamentary Labour Party who would probably want somebody else being the leader of this party, they have made that abundantly clear in the past few days."

But Mr Corbyn said he has been amazed at the more than 100,000 people who have signed a petition calling for him to stay.

Accusing Mr Corbyn of often talking "claptrap", Mr Field told BBC Radio Four's Today programme: "He clearly isn't the right person to actually lead the party into an election because nobody thinks he will actually win.

"We clearly need somebody who the public think of as an alternative prime minister."

Many of the party's pro-Remain MPs have expressed despair at what they see as Mr Corbyn's lacklustre performance in the referendum campaign as former minister Margaret Hodge pushed for a no confidence vote.

Mr Corbyn said Labour needed to listen to its traditional voters who backed Leave as he insisted it was not racist to be concerned about immigration.

He accused the Conservatives of creating a "divisive" culture in which they shifted blame for cuts in public services from the Government to immigrants.

"And we have to move beyond the irresponsible debate that we sometimes have that makes people afraid or that accuses people of being Little Englanders or racists just for raising the issue.

"We must talk about immigration, but we will never pander to prejudice.

"It is clear from the vote on Thursday and from the people I have spoken to across Britain that there was a backlash against the free movement of people across the 28 nations in the European Union," Mr Corbyn said.