A total ban on the use of amplifiers by buskers has been recommended by Dublin City Council management as part of a revision of by-laws.

A report to councillors says the decibel limits introduced in by-laws over a year ago have only been partially effective and "extremely difficult to enforce".

Assistant Chief Executive Brendan Kenny states in the report that complaints are increasing and 83% of the 238 public submissions received on revisions to the by-laws complained about noise levels.

Council management is now proposing to ban amplifiers and the use of the backing tracks for all buskers in the city.

"We acknowledge the talent and diversity of the acts that perform on our streets but the reality is that despite the introduction of the Street Performers By-Laws, street performance continues to cause significant daily problems and discomfort for businesses, residents and members of the public" said Mr Kenny.

He said that with a ban on amplification the council might be able to relax restrictions on performance times and locations as well as a limit on the number of busker permits.

Dublin City Buskers, who represent most of the 470 street performers who have been granted permits under existing by-laws, are opposed to the ban.

Spokesperson Fergal O'Rourke said: "This amounts to a full ban on street performance because so many performers need amplifiers".

The decision is up to councillors and members of the Arts Committee will first consider the issue tomorrow morning before it goes to a full council meeting next month.

Councillors previously rejected calls for an amplification ban opting instead for an 80 decibel limit with 75 decibels in Temple Bar.

Other proposed changes to the by-laws included a relaxation of the prohibition on busking outside the GPO, which would now be allowed on evenings during the week and all day Sunday.

There would be an increase to the prohibited area on the main road through Temple Bar, which would run from Angelsea Street to East Essex Street but acoustic music not involving wind or percussion instruments would be allowed.

The two-hour performance time would start from the top of the hour and would be limited to one hour on Grafton Street.  A new two-week permit would be allowed for visiting musicians.

Performers would be required to have a 30-minute repertoire to prevent repetition.

There would be a probationary period for new buskers and three breaches of the by-laws would allow a busker permit to be revoked. However a new appeal process has also been included.

Dance and circus acts would be restricted to the St Stephen's Green end of Grafton Street.

There would be a specific ban on activities such as face painting, fortune telling and games of chance that involve payment for goods or services.

The issue of bands selling CDs would be dealt with under Casual Trading legislation. 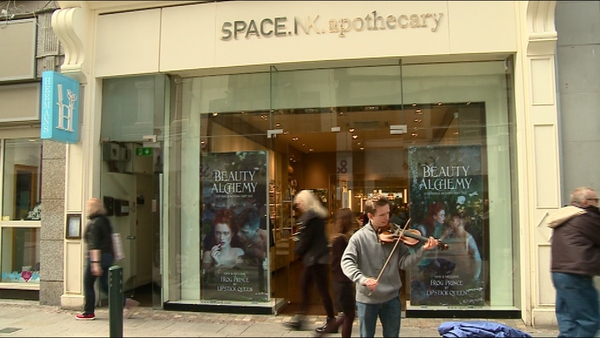 Licences granted to 160 buskers in Dublin