Major divisions have emerged among the country's largest waste collectors over a proposed bin charges deal with the Government, with some below-cost operators concerned they could not sustain a 12-month price cap, RTÉ's This Week has learned.

It follows a meeting on Friday between Minister for Housing, Planning and Local Government Simon Coveney and waste collectors, at which a proposal was put forward to cap customers' bin collection charges over the next 12 months at a benchmark based on the amount they paid over the previous 12 months.

The deal is aimed at taking the political heat out of a controversy which has emerged around the introduction of new pay-by-weight charging system on 1 July, with claims some waste collectors were using the new regime as an opportunity to dramatically hike prices.

However, RTÉ understands that some firms who are currently tied into providing a below-cost service, primarily in the Dublin area, believe they could not sustain any deal with the Government involving a proposed price cap.

Industry sources said there were also several of the larger companies in favour of the new pay-by-weight system coming into force on 1 July, and believed that the best way of doing this was to accept a cap on customers' bills for 12 months, but they said there was a growing realisation within the industry that this cannot reasonably  proceed without consensus across the industry. 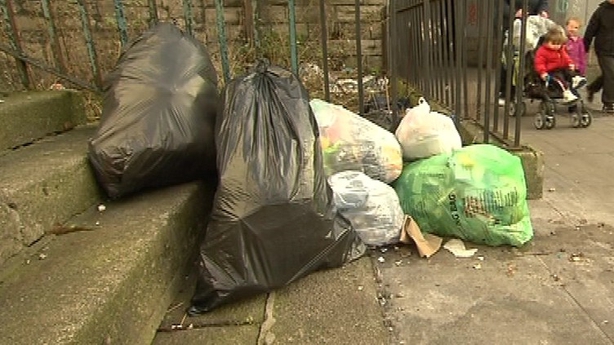 The concern was that even if a price cap went ahead, that it would then be legally challenged by one or more of the companies with substantial below-cost customers, or that some companies would say they could not afford to provide the service at the same price they had done in the previous 12 months.

Underlining the importance of getting a deal which would allay public fears of a major hike in bin charges, informed sources told RTÉ's This Week that Mr Coveney told the waste collectors he was under strict instructions to solve the emerging crisis and to avoid the issue becoming "another Irish Water".

A spokesman for the minister said he would be speaking to the Attorney General this weekend about the legal issues around dealing with the issue, but did not want to get drawn on specifics.

However, he said it was the minister's intention to work together with the industry to find a solution to the current issues.

It is believed that one tool at Mr Coveney's disposal may be to lower the landfill cost, per tonne, which is historically high at present, in a bid to soften the blow for waste companies. 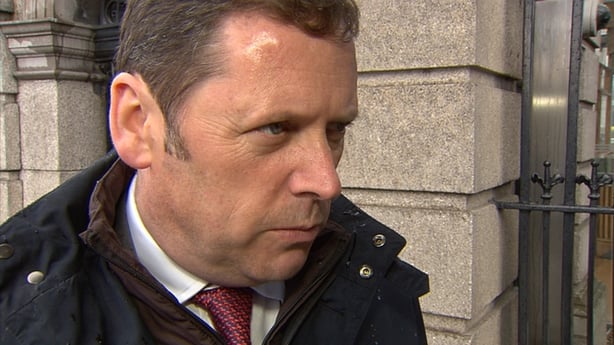 Speaking on RTE's This Week programme, the Fianna Fáil environment spokesman Barry Cowen said it was imperative that the Government close an apparent loophole in the previous government's plan for waste charges that would allow price gouging by waste companies.

Mr Cowen said the statutory instrument use to introduce the changes may need to be amended.

Elsewhere, the Minister for Social Protection Leo Varadkar said the Cabinet will be briefed on Tuesday by Mr Coveney.

Mr Varadkar said "we all agree that pay by weight makes sense. It encourages people to produce less waste and to recycle and compost more". 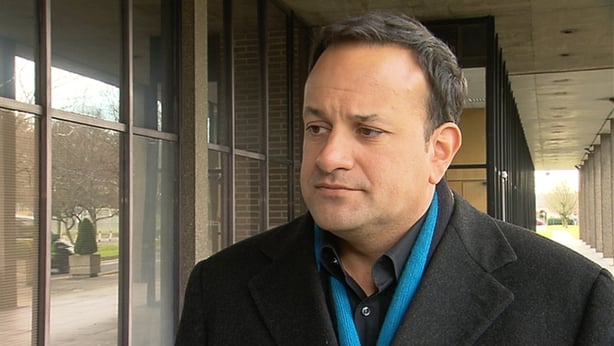 But he said "what none of us want to see is waste companies taking advantage of the new regime to hike charges".

Meanwhile, it is understood that agreement is close to being reached which would see a free service being provided for around 60,000 customers who are obliged to put considerably higher volumes of waste into their black bins than the average users, due to non-infancy incontinence.

Most but not all of these users are elderly, and count for around 4% of the waste companies customers. Discussions on this issue have been ongoing for several weeks but were brought to a head over the recent week as a result of the controversy over rising bin collection costs.

The waste companies and the Department have asked the HSE to provide specific details on the number of adult nappies in order for the waste firms to calculate the likely associated volume of waste.

However, very provisional estimates indicate that if the waste companies are going to provide this free service to these householders, then it will cost them around €12m, with this cost spread out over all of the country's 60 waste firms. It is proposed that the waste companies would not be supplied with any of the customer's medical or personal details.

Proposal is a "price cap rather than a price freeze"

One industry source said it was more appropriate to call the proposal a "price cap rather than a price freeze".

The mooted cap would have a significant impact on companies who are moving to the pay-by-weight system from fixed-price waste contracts.

Under the fixed-price contracts, customers who supplied low volumes of waste tended to subsidise the service provided to higher volume waste users, given that they paid the same despite the disparity in the volume of waste they put in their bins.

However, under the proposed cap, the existing waste user who supplies a high volume of waste would have their charges capped and would not pay any more, whereas the household which puts relatively little rubbish in their bins could pay less than they did the previous year, because the per kilo price being charged by their collector could mean their bill is lower than the fixed price they paid for the past year.

As such, the lower user in this scenario is no longer subsidising the higher volume user and so the loss of revenue will be felt by the bin collector.

The industry source said this loss to the companies was hard to quantify but it could exceed €10m across the country's 60-plus collectors. This was also emerging as a significant barrier to the bin firms accepting a price cap arrangement.