Russian President Vladimir Putin has said that Russia will work with whoever is elected the next president of the United States.

Speaking at the St Petersburg International Economic Forum, Mr Putin said: "America is a great power, today probably the only superpower, we accept that. We want to and are ready to work with the United States.

"The world needs such a powerful country as the United States and we need it ... But we do not need them to constantly interfere into our affairs, tell us how to live."

"Russian aircraft have not been active in this area of southern Syria for some time, and there were no Syrian regime or Russian ground forces in the vicinity," the official said.

It was not known how many fighters were struck and the extent of casualties or which group they belonged to. 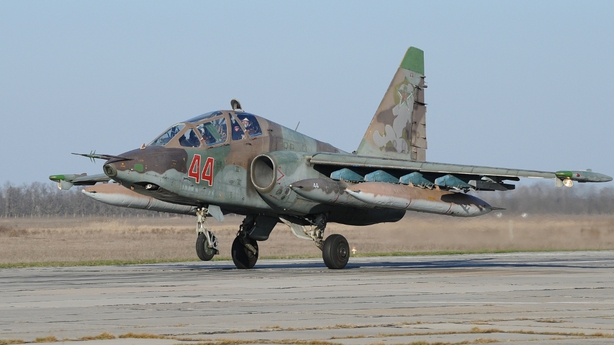 The US military launched a $500m programme in early 2015 to train entire units of "moderate" Syrians to fight Islamic State jihadists.

But the programme drew heavy fire last fall after admitting the efforts had floundered, with numbers of trainees falling massively short of the planned 5,000.

One group even handed over ammunition and other gear to a local al-Qaeda affiliate, known as the al-Nusra Front.

Since then, the Pentagon's new strategy is to work with just a handful of members from each fighting group, instead of an entire unit.

Much of the attention is being focused on the Syrian Democratic Forces, a largely Kurdish coalition that has scored some significant gains against IS jihadists.

The CIA has also been involved in training Syrian rebels, though the agency has not officially provided any details of its efforts.

The bombing would likely further strain already difficult ties between Russia and the US on the Syrian issue.

"Russia's latest actions raise serious concern about Russian intentions. We will seek an explanation from Russia on why it took this action and assurances this will not happen again," the defence official said.

Russia and the United States co-chair a 22-nation group that supports a UN-led process to end Syria's five-year civil war through a negotiated deal.

On Wednesday, US Secretary of State John Kerry told Russia and Syrian President Bashar al-Assad to respect a fragile ceasefire, warning that US patience was running out.

World powers have failed to turn the cessation of hostilities, in effect since 27 February, into a durable truce and Syria has stepped up its military campaign against the so-called Islamic State group and rebels, especially in the city of Aleppo.

The United States has accused Russia of working to consolidate the regime of Mr Assad, its ally, and continuing to attack the opposition.

The five-year war has killed more than 270,000 people and displaced millions. 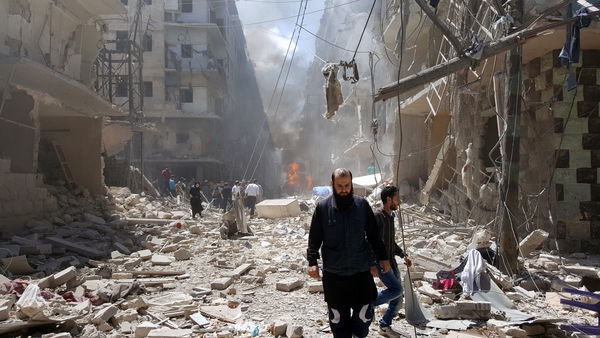