Air strikes carried out by Syrian or Russian warplanes killed more than 20 people in the northwestern city of Idlib today, monitoring group the Syrian Observatory for Human Rights reported.

Areas hit included a market and at least five children were among those killed, the British-based Observatory said.

It said the death toll was expected to rise because of the number of people seriously wounded.

It said it did not know whether Syrian or Russian jets had carried out the strikes. Both are operating in the area.

Idlib city and the province by the same name is a stronghold of rebel groups including the al Qaeda-linked Nusra Front. Air raids in the town of Maarat al-Numan, about 30 km south of Idlib killed another six people, the Observatory said.

There has been heavy bombardment of areas in Idlib province in recent weeks, including air strikes that killed at least 23 people last month.

Fighting in Syria's five-year civil war has intensified since a February ceasefire deal which took hold in the west of the country, but excluded al Qaeda and IS, quickly began to unravel. 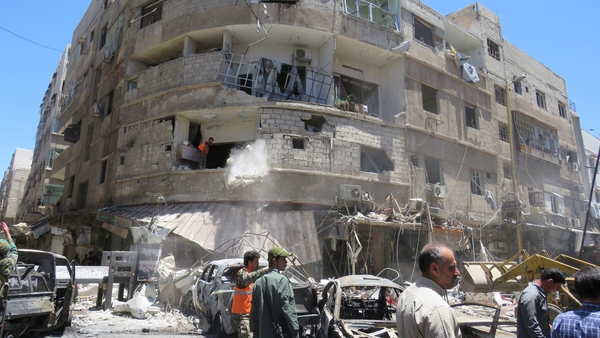