President Michael D Higgins has said he hopes Euro 2016 will bring the people of Northern Ireland and the Republic closer together and hailed Irish fans for their "great" reputation abroad.

The President, a lifelong Galway United fan, sent his best wishes to the two teams ahead of NI's game against Poland tomorrow and the Republic's clash with Sweden on Monday.

He said the tournament brings the "additional joy" of Irish people having the chance to cheer for both sides, adding that he hopes it will "strengthen the common bonds" among all those living on the island.

Clashes in Marseilles ahead of England's opener ¦ Euro 2016

The President said: "As the teams prepare for their first matches at Euro 2016, may I extend my greetings to the fans, coaches and players of all 24 nations participating, and in particular my best wishes for success to the Republic of Ireland team and our neighbouring Northern Ireland team.

"Many of us look forward to a feast of skill, talent and passion, as well as to the sheer celebration of the art of football at this tournament, this 'rendez-vous' in France.

"As President of Ireland I want to express our collective pride in having Martin O'Neill and Roy Keane's team representing us on the international stage and I wish them every success in the coming weeks. 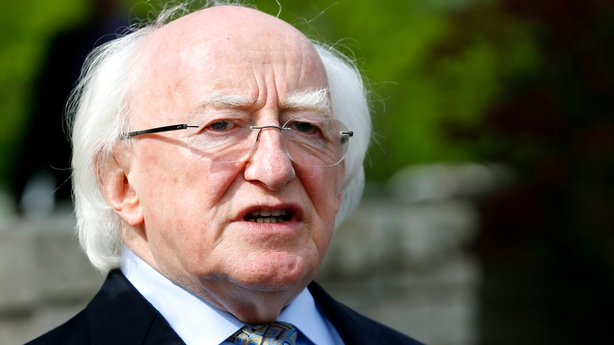 "I have no doubt that, as Ireland once again has the honour of competing for the Henri Delaunay cup, this team can create new memories to add to those of 1988 and 2012."

Mr Higgins said that for Northern Ireland fans, this tournament will bring back happy memories of the "great team of the 1980s".

He added: "The beauty of soccer lies not only in the athleticism and skills of the players, but also in its ability to bring out the best in people, players and spectators alike, and Irish supporters have a great reputation for how they support their team abroad.

"Sport is so much more than entertainment. Sport brings us together and helps bridge cultural, linguistic or ethnic divides.

"This year, of course, we have two Irish teams participating, and we have the additional joy of supporting each other.

"It is my sincere hope that our teams' participation in Euro 2016 will be an occasion to strengthen the common bonds among all of us living on this island, and within the community of peoples we call Europe," he added.