Hundreds of top secret police documents about a former care home in Belfast have been declassified and handed over to a public inquiry, a lawyer has revealed.

Twenty-six boxes of material have been retrieved from PSNI archives and given to the Historical Institutional Abuse Inquiry.

The HIA inquiry is examining allegations of child prostitution, vice rings and blackmail plots at the Kincora Boys' Home in east Belfast.

It has long been claimed a high ranking paedophile ring preyed on vulnerable young boys in Kincora during the 1970s.

It is further alleged the UK security services knew about the abuse but did nothing to stop it, instead using the information to blackmail and extract intelligence from the influential men, including senior politicians and establishment figures, who were the perpetrators.

The HIA, chaired by retired High Court Judge Sir Anthony Hart, is investigating whether there were systemic failings by state bodies such as the Royal Ulster Constabulary (RUC), MI5, MI6, the Northern Ireland Office (NIO) and social services.

Kincora opened on Belfast's Upper Newtownards Road, close to Stormont's Parliament Buildings, in May 1958 and closed October 1980 in the aftermath of the sex abuse scandal.

In 1981, three senior care workers were jailed - one of whom, William McGrath, was believed to have been an MI5 agent.

The inquiry was shown a previously secret army intelligence file in which McGrath was described as an "intelligent though devious man who needs extremely careful handling".

He could be a potential "mine" of useful information, the document stated.

It also emerged that McGrath first came to the attention of the RUC at a political rally in 1966 and by 1973 the Special Branch believed he was the leader of a extremist Protestant organisation and was retaining members by threatening to expose homosexual activity which he had initiated.

Campaigners had hoped to have Kincora included in the nationwide child abuse probe chaired by New Zealand judge Lowell Goddard because the HIA does not have the power to compel witnesses.

However a legal challenge to overturn the British government's refusal was rejected as "premature" by a High Court judge last month. An appeal was also turned down.

In his opening address Sir Anthony said his inquiry has had "full and voluntary" co-operation from all government departments and agencies.

However, a number of key individuals including former unionist Roy Garland and ex-Army intelligence operatives Brian Gemmell and Colin Wallace have declined to give evidence.

Sir Anthony said: "While it is for them to decide whether they wish to give evidence in person, we regret that they have adopted this position because this is their opportunity to describe in person and in public their experiences in Kincora."

Former Kincora residents are expected to take to the witness stand next week.

Outside the court, Clint Massey, who spent eight months in Kincora aged 16, said he was hopeful the HIA could expose the truth about Kincora.

"I am hopeful this time. I am hearing good things in the courtroom. They do seem to have the authority to get dossiers from various departments and that gives me hope."

The HIA is now in its 15th and final module.

By the time it concludes public evidence sessions in July, more than 450 witnesses will have provided oral testimony.

Sir Anthony is expected to submit his findings to MLAs at Stormont by early next year. 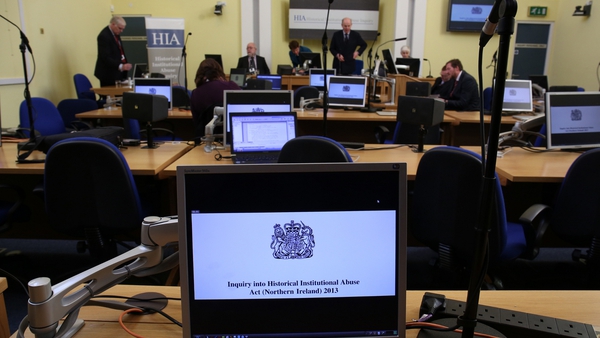