Luas drivers are to ballot on yesterday's Labour Court recommendation aimed at resolving the four-month pay dispute with Transdev who operate the service.

The industrial action has shut down the tram service on 12 separate days since February.

Sources said the Luas drivers' committee are of different opinions as to whether it should be accepted or rejected.

They said that on that basis, there would be no "wholesale message of endorsement or rejection" from the driver representatives.

The decision to ballot was taken at a meeting between SIPTU officials and driver shop stewards at Liberty Hall today.

It is understood there will be a number of general meetings of drivers tomorrow to cover the various shifts.

The ballot is expected to take place on Thursday and Friday.

If the Labour Court recommendation is accepted by Friday, drivers stand to receive a €750 lead-in payment.

Two four hour stoppages due this Thursday and Friday have been called off to allow for the ballot.

However, if the workers reject the recommendation, four further stoppages are scheduled for next week.

The proposals include pay rises of up to 18%.

Prior to the proposals being put forward, SIPTU had announced half a dozen four-hour work stoppages this month, the first of which was due to begin at 3pm on Thursday afternoon.

However, speaking to RTÉ's Morning Ireland, SIPTU divisional organiser Owen Reidy said strike action planned for this Thursday and Friday has been cancelled while drivers consider the proposals.

"The normal practice would be when you have pending stoppages literally days ahead and when you're issued with proposals like this, that those actions would be cancelled or suspended to allow proper deliberation and consultation, and that same practice will apply here," said Mr Reidy.

He said, however that next week's stoppages are still scheduled to go ahead.

Transdev is also considering the recommendations and is expected to respond this week.

Yesterday, the company said the Labour Court recommendations involved a number of elements that have additional cost implications over the lifetime of its operating contract and beyond which will need to be carefully assessed. 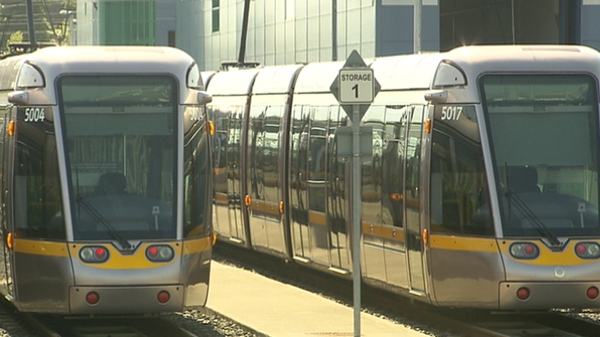