The Teachers' Union of Ireland has voted to accept proposals from the Department of Education aimed at addressing issues which led the union to reject the Lansdowne Road Agreement.

Now that the TUI has accepted the DES proposals, its 15,000 members are effectively accepting the LRA, and will be entitled to retain the benefits of the public sector agreement, including restoration of pay cuts and supervision and substitution payments, as well as protection from compulsory redundancy.

They will also be able to rely on a recent precedent involving firefighters which may permit them to seek restoration subject to productivity of significant qualification allowances which were abolished during the economic crisis.

Members accepted the DES proposals by a margin of 63% to 37%.

While both the ASTI and the TUI had rejected the Lansdowne Road Agreement, tonight's vote means that the ASTI are increasingly isolated in the education sector.

The Government has already warned that by refusing to do the 33 Croke Park hours from September, ASTI members will lose out on pay restoration, the resumption of supervision and substitution payments worth €1,600 per year, as well as running the risk of compulsory redundancy - with only statutory redundancy payments.

In a statement, the TUI said that key to the members' decision was the expectation that what they called the "scandal" of discriminatory pay afflicting new and recent entrants to the profession.

The union had previously rejected the Lansdowne Road Agreement, but its statement acknowledged that members will now be covered by the LRA from 1 July when it comes into force.

The TUI also said it remained committed to the elimination of casualisation within the teaching and lecturing professions - and the new agreement means members will retain the benefits of recent reviews, which will shorten the length of time required for teachers and lecturers to be made permanent.

It described the Department of Education agreement as providing "tangible concessions" as well as "additional stepping stones" for further progress on workload, staffing, funding, terms and conditions bureaucracy and professional autonomy.

The TUI says the agreement means that from next January, lecturers in Institutes of Technology will not have to do one of the "flex" teaching hours imposed during the economic crisis, and there will be greater autonomy in the use of the 33 Croke Park hours. .

The TUI also secured an immediate review of the process for allocating new teaching hours to existing staff, progress towards what they call appropriate contracts and terms of employment in Adult Education, Further Education and Youthreach sectors.

Minister for Education Richard Bruton welcomed the TUI ballot result, describing it as a reminder of the benefits of engaging constructively within the context of the Lansdowne Road Agreement. 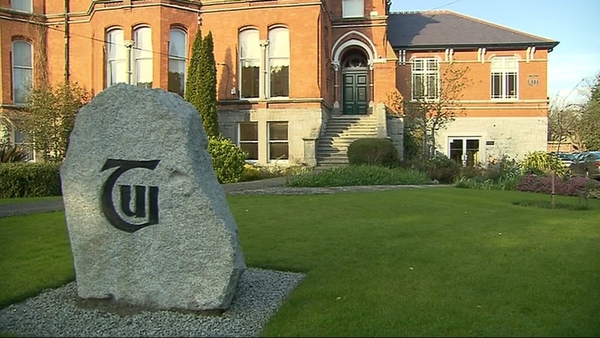 Teachers to go on strike over 'crisis issues'