The Canadian Ambassador to Ireland has not forgotten his instincts as a Mountie or as the Sergeant At Arms who shot an Islamist gunman attacking the Canadian Parliament.

When a protester tried to disrupt a ceremony to honour British soldiers killed in 1916, Kevin Vickers was the first to intervene by pulling the man away from the centre of the commemoration.

The ceremony in Grangegorman Military Cemetery was being attended by Foreign Affairs Minister Charlie Flanagan, the British Ambassador Dominick Chilcott, and members of the Irish and British armed forces.

During speeches, the protester, who claimed to represent the Irish Republican Prisoners Welfare Association, jumped up from seating reserved for invited guests and shouted that the ceremony was an "insult".

He also shouted about "The Craigavon Two" who were jailed for life in Northern Ireland for the murder of a PSNI constable. 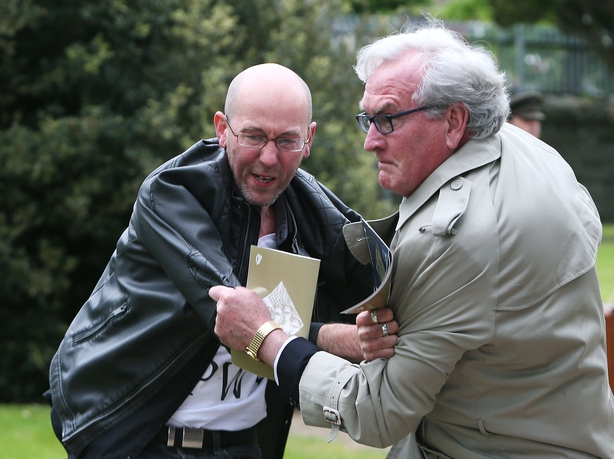 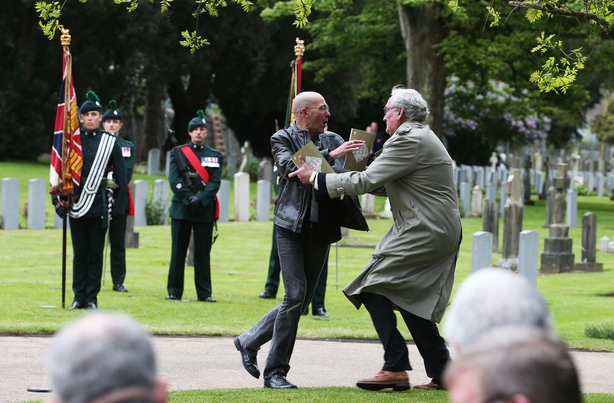 But Ambassador Vickers was able to pull him away before gardaí handcuffed and arrested him.

It is understood that the protester had managed to obtain an invitation by claiming to be a relative of one of those killed. 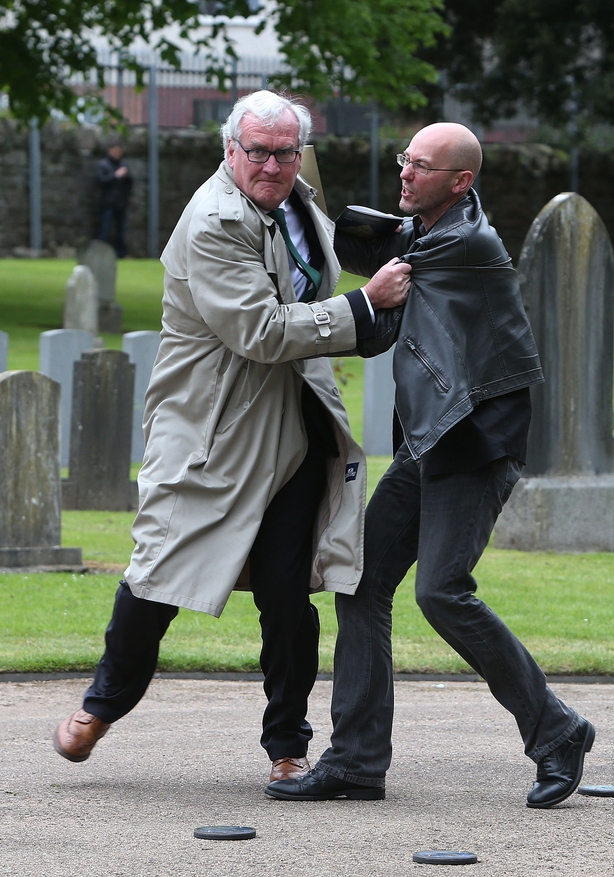 In a statement, the Canadian Embassy said Ambassador Vickers was not injured during the incident, and was attending the ceremony as a guest of Minister Flanagan.