The Minister for Social Protection has confirmed in the Dáil that Child Benefit will not be linked to school attendance.

Leo Varadkar said he had discussions with the Ministers for Children and Education last week, and the "common view" was that those involved in education and welfare did not believe in withholding payments.

Mr Varadkar said he did not think changing the law would be useful.

However, he said the Child and Family Agency and the Departments of Education and Social Protection would be sharing data to identify children who are not attending school.

Strong exchanges in Dáil over Fit to Work Programme

There have been strong exchanges in the Dáil over the proposed Fit for Work programme, which would see people with disabilities getting an opportunity to enter the work force.

AAA-PBP TD Ruth Coppinger accused the Government of copying and pasting the programme from the 'Tory Handbook' in Britain .

She told Minister with Responsibility for Disabilities Finian McGrath, to "get a grip".

Mr McGrath denied it was copied from conservative policies in Britain and said there were many positive elements to the programme.

The super junior minister said there was "no way" he would stand over any exploitation that would do his "damnedest" to protect people with disabilities.

Ms Coppinger requested that Mr McGrath answer her query on how the assessments for the programme would work but was told to take her seat by the Ceann Comhairle.

Forty representative organisations are to meet with Mr Varadkar for a pre-budget forum next month.

Mr Varadkar was responding to Independents4Change TD Mick Wallace, who asked if social protection payments would be restored in line with inflation.

The minister said the new Programme for Government contains a number of significant commitments which he wants to progress in the forthcoming budget. 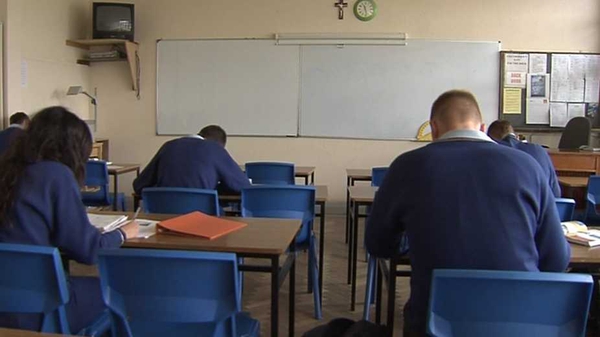