A work-to-rule by members of the Irish Nurses and Midwives Organisation is taking place at Our Lady of Lourdes Hospital in Drogheda over staff shortages.

The dispute centres on a shortage of nursing staff at the hospital, which has over 100 "whole-time equivalent" posts unfilled.

Nurses said they will be focusing on their clinical duties rather than non-essential administrative tasks.

The INMO said the emergency department will remain open over the course of the industrial action, which is set to continue indefinitely.

INMO Industrial Relations Officer in the North East Tony Fitzpatrick has said every ward and department in the hospital is short of staff on a daily basis.

Mr Fitzpatrick said that this problem is mirrored in hospitals across the country and he said the HSE's inability to recruit staff is having a negative impact on patient care.

According to Mr Fitzpatrick, nurses are working far in excess of their rostered hours and the continuation of a recruitment pause by the HSE is "reckless".

Speaking on RTÉ's Morning Ireland, Mr Fitzpatrick said patients will have better nursing care today, during the work-to-rule, because nurses will be able to concentrate on taking care of patients rather than doing other work (such as audits).

He said he would be surprised if management would cancel elective surgery as a result of the industrial action.

He added that the INMO would be willing go back to the WRC if management can offer a solution that will resolve the problems at Drogheda.

In a separate development, the INMO said it has received confirmation from the HSE that all vacant nursing posts in emergency departments will be filled.

The confirmation comes just days after the HSE announced a pause on recruitments with an exemption in place for critical posts.

Meanwhile, a consultant in emergency medicine at Sligo University Hospital has said the the loss over the past year of a significant number of nurses was "not a surprise".

Commenting on the work-to-rule and staff shortages at Drogheda, Dr Fergal Hickey said: "We need to ask ourselves why these things are happening?"

He said it was deeply frustrating for everyone involved but in the face of worsening staffing problems, he could understand why individual nurses in a department decide that they have had enough. 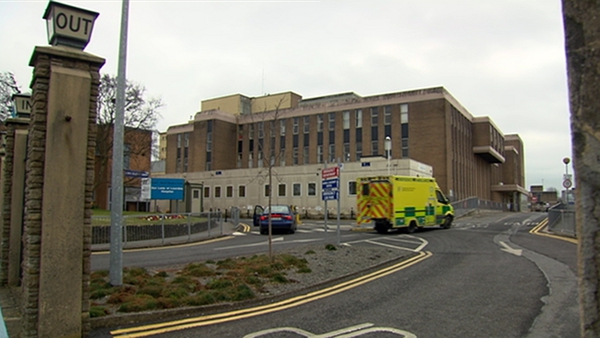