Taoiseach Enda Kenny has announced the names of the new junior ministers after their appointments were approved by Cabinet this afternoon.

The new ministers include 15 from Fine Gael, along with three independents who supported Fine Gael in forming the minority-led Government.

Independent Alliance deputies John Halligan and Sean Canney were appointed junior ministries with responsibility for training and skills and the Office of Public Works respectively.

Their colleague Finian McGrath had already been appointed Minister of State at the Department of Health with special responsibility for disability.

Taoiseach Enda Kenny has announced the names of the Government’s new junior ministershttps://t.co/UWKyBAEhvQ

There are 11 new ministers in the 15 named by the Taoiseach today. 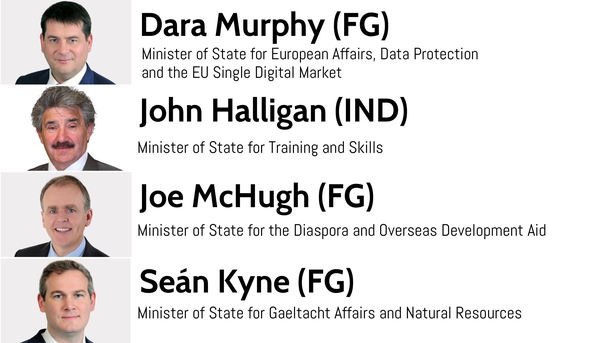 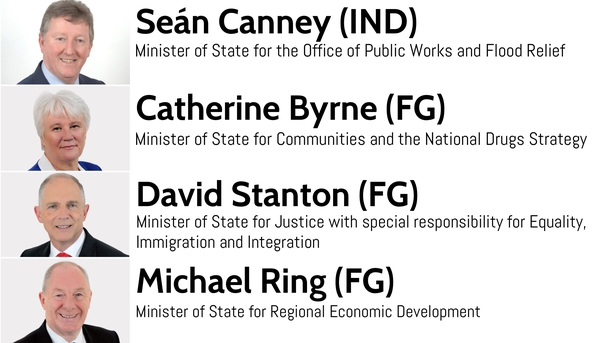 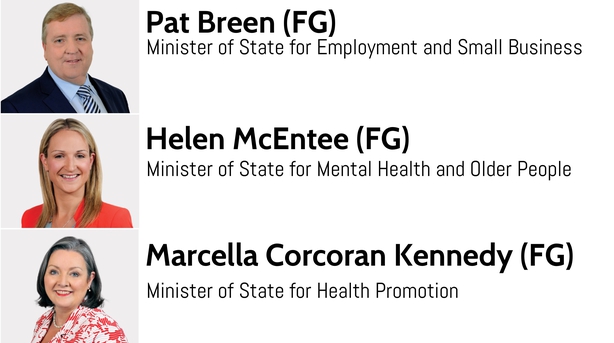 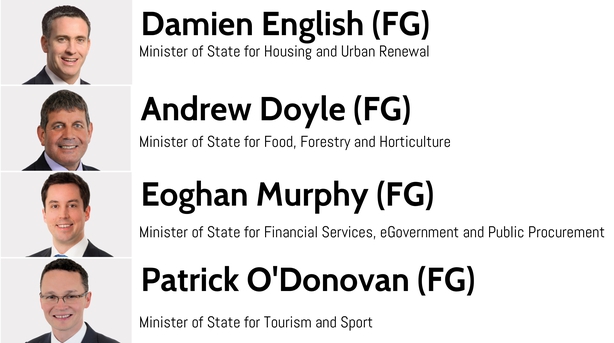 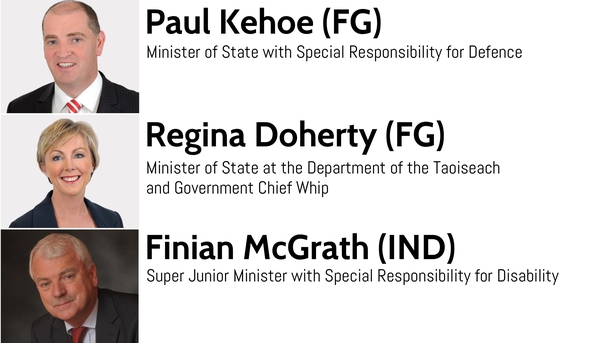 Today's announcement follows the appointment of three other junior ministers when the Cabinet was announced: Mr McGrath, Regina Doherty as Chief Whip and Paul Kehoe at the Department of Defence. 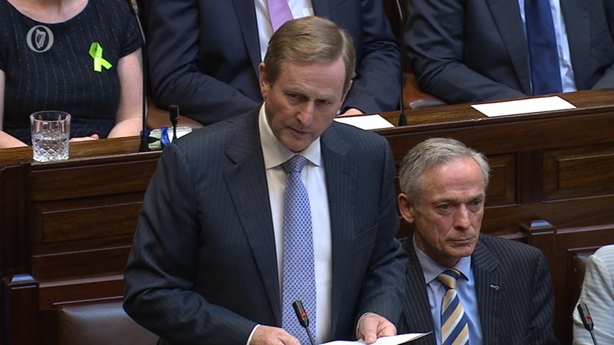 Mr Kenny said the appointments indicates the Government is "putting a stronger emphasis on important policy areas, particularly on the Department of Health, to which four Ministers of State will be attached to work to deliver real improvements in this vital public service."

Sinn Féin leader Gerry Adams has criticised Mr Kenny following the announcement of the junior ministers, describing the increase in appointments as "turning the process of Government formation into a farce".

In particular he highlighted the "erosion of the position of the Arts and Heritage Ministry", which he described as "a diminution of the unique status of the arts in Irish life".

Labour leader Joan Burton also criticised the Government for its failure to appoint a Minister of State for Arts and Heritage.

She said that "it is particularly disappointing that despite the fact that there are now 18 Ministers of State, including three in the Department of Regional Development, Rural Affairs, Arts and the Gaeltacht alone, there is no room for an arts minister". 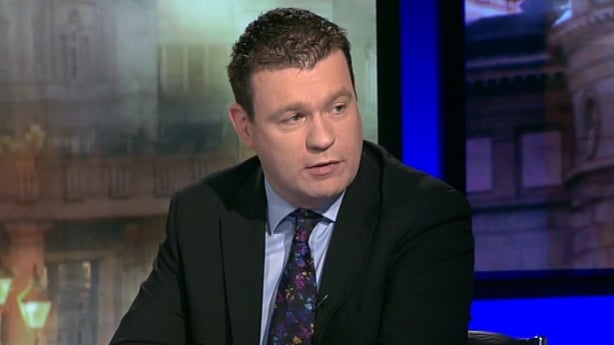 Meanwhile, former minister for the environment Alan Kelly has once again accused Fianna Fáil of environmental treason for its position on water charges.

Mr Kelly, who has declared his interest in leading the Labour Party, was speaking after Irish Water confirmed there was a significant reduction in revenue from water charges from bills sent out at the start of 2016.

Mr Kelly said the percentage of people paying the bills was heading towards 70% until Fine Gael minister Simon Coveney suggested in early March that charges might be reviewed.

The Labour Party has meanwhile published a bill to amend the Constitution to keep the State's water system in public ownership.

On the leadership of the party, Mr Kelly wants a contest to be held among the 4,000 or so members but still needs one of his colleagues to second his nomination by noon tomorrow.

Brendan Howlin remains favourite to become the new leader and has the backing of the majority of the party's seven TDs.