US Democrat candidates Hillary Clinton and Bernie Sanders each picked up primary wins in yet another demonstration of how divided the party is in the race to win the nomination for November's presidential election.

Mrs Clinton narrowly defeated Mr Sanders in Kentucky, a state where she was not expected to win.

Mr Sanders, meanwhile, scored a decisive victory in Oregon, boosting his argument for keeping his underdog campaign alive through the conclusion of the primary process.

Several US networks called the Pacific northwest state for Mr Sanders, who was leading the former secretary of state 53% to 47%.

In Kentucky, the two candidates will likely split the 55 delegates up for grabs.

Mrs Clinton's sizeable lead in delegates means it is likely she will eventually be her party's nominee, but she remains more than 100 delegates short of sealing the deal.

The Democratic primary now hits a two-week lull, with the final set of major contests, including California, scheduled for 7 June.

Mrs Clinton, who spent the past two days campaigning in Kentucky, would like to lock up the nomination and turn her attention to the 8 November election and presumptive Republican nominee Donald Trump.

Mr Trump has begun to organise his general election campaign.

He has signed a joint fundraising agreement with the Republican National Committee.

The agreement allows him to raise $449,400 from a single donor by splitting the funds between his campaign, the RNC and state Republican parties.

Mr Trump, who eschewed donations in the political system through the primary, has thus far insisted on mostly self-funding his campaign.

The shift to a more traditional fundraising approach could draw the ire of some supporters.

In an interview on Fox News last night, Mr Trump said he did have regrets about his actions during the Republican primary process.

"I could have used different language in a couple of instances, but overall I'm happy with the outcome," Mr Trump said. 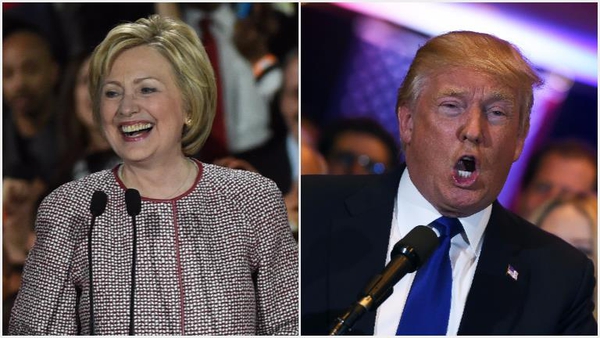