Former minister for justice Alan Shatter has said it is not in the public interest for the State to continue its defence of the Guerin Report in the courts after the findings of the O'Higgins commission.

Mr Shatter is appealing a lost High Court challenge to elements of the 2014 report by senior counsel Seán Guerin into his handling of claims by garda whistleblower Maurice McCabe.

Mr Shatter wants to quash some of its findings, which were critical of a number of agencies including the Department of Justice and his actions as minister in dealing with Sgt McCabe's concerns.

He resigned as minister the day after the publication.

Yesterday the O'Higgins commission of investigation, launched on the recommendation of the Guerin report, vindicated Mr Shatter's conduct on the issue.

Mr Shatter's appeal to the High Court decision is due back in court next month. 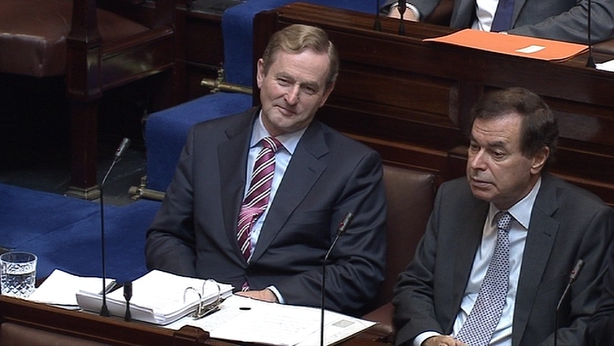 In a lengthy letter to Taoiseach Enda Kenny this evening, Mr Shatter said: "It is in the public interest, following on from the O'Higgins Report, that these proceedings be rightly resolved without the necessity for a further contested court hearing."

"I hope that you would acknowledge that it is not in the public interest that the State continues to support a defence of conclusions and opinions shown to be in serious error by the O'Higgins Report which has resulted from an independent sworn statutory investigation."

The report of the commission led by Mr Justice Kevin O'Higgins identified serious flaws and failures in garda investigations in the Cavan/Monaghan division in 2007 and 2008 but found no evidence of garda criminality or corruption.

It found that Mr Shatter took Sgt McCabe's allegations very seriously and his actions were "entirely reasonable and appropriate".

Mr Shatter maintained that when the earlier Guerin Report, which was critical of him, was laid before the Dáil, Mr Kenny accepted in full what the former minister called its "flawed opinions and conclusions".

"The conclusions of the O'Higgins Commission totally contradict and are incompatible with the adverse findings made against me in the Guerin Report," Mr Shatter said this evening.

"I am surprised that neither you nor Frances Fitzgerald acknowledged that in your comments yesterday," Mr Shatter said in the letter to Enda Kenny.

"On such a serious issue affecting a former colleague in government, I expected this would be acknowledged."

"Opinions expressed and conclusions reached by Seán Guerin not only caused my resignation from Cabinet but also had an enormously damaging effect on my good name and reputation both as a politician and as a lawyer."

Call for Dáil record to be amended

Mr Shatter again called on the Taoiseach to correct the Dáil record on the matter and for the "adverse conclusions ...  be deleted from the Guerin Report".

He also said he never said he "took responsibility" for the "inadequacy” of his response to the whistle-blower allegations as Mr Shatter says Mr Kenny said in the Dáil after Mr Shatter resigned.

"No such acceptance of 'responsibility' was either expressed by me or contained in my letter of resignation and it is clear, as a consequence of the O'Higgins Report, that there is no question of the action taken by me being inadequate.

"On this, I believe that it is reasonable that the Dáil record should also be corrected and I am asking you to do so."

The Taoiseach's office tonight said it has received correspondence from Mr Shatter and that the Taoiseach will respond in due course.