The chief executive of the Irish Mortgage Holders Association has said he hopes planned measures by the Government to address the issue of mortgage arrears will be a sea change "to help people stay in their homes and not make what is an existing crisis worse."

Speaking on RTÉ's Today with Seán O'Rourke, David Hall said some of the measures are "dramatic".

The measures include the immediate establishment of a "one stop shop".

This would involve a merger of the existing agencies such as the Irish Mortgage Holders Association, the Insolvency Service of Ireland and Money Advice and Budgeting Service that assist debtors to help people deal with all aspect of their debt including negotiating with the lender.

He said the centralisation of the court service will allow debt cases and repossession and insolvency cases to be heard in one location in a similar manner to the way the Criminal Court operates and that cases can be held in private.

He said the most important change is that the code of conduct for mortgage arrears will be put on a statutory footing, so that all banks and vulture funds will be required to adhere to the code.

He said these groups must offer two firm solutions to those in mortgage arrears before they begin repossession proceedings; these would include a mortgage-to-rent scheme and a split-term mortgage.

Mr Hall said the latest figures show that 33,000 family homes and 15,000 buy-to-let properties are at risk of repossession.

He said he was invited to attend talks on mortgage arrears and banking with the Independent Alliance and Fine Gael recently and there was a "visible change with Minister [Michael]  Noonan and his entire demeanor"  and also with Minister for Justice Frances Fitzgerald.

Mr Hall said they realised "the game is up, there's a major crisis here and this is an industrial scale problem".

He said he has been critical of Mr Noonan and the Government over the past five years, but what he saw in Government Buildings last week was a "monumental shift in a clear intent to resolve this issue".

He said the issue needs to be dealt with otherwise "the cost of this from a mental health perspective for decades to come will be astronomical".

Meanwhile, a Fine Gael TD has said the public good is best served by keeping families in their homes if possible.

Speaking on RTÉ's News at One, Fergus O'Dowd said the Government was intent on having an action plan for housing within the next 100 days and was committed to supporting the housing committee.

Mr O'Dowd said he would support the State using compulsory purchase orders to buy distressed properties if there was no other alternative and doing so would mean families could be kept in their homes.

He added that the housing logjam had to be broken and radical ways were needed to do this. 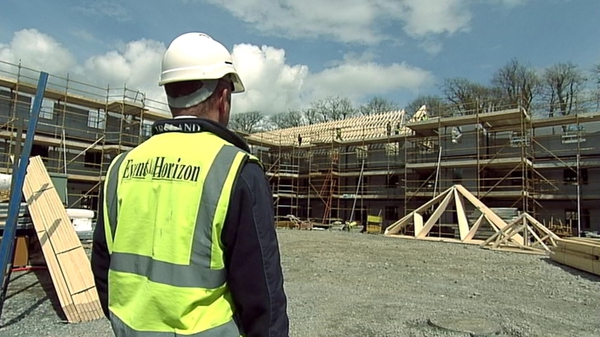 Number of properties for sale at nine-year low News