Sadiq Khan said he hoped his election victory would inspire more Muslims to enter mainstream politics, despite the "desperate and divisive" campaign against him.

The new mayor of London, who was signed in to the office in a multi-faith ceremony at Southwark Cathedral, said he had been told of parents warning their children against a career in politics following the bitter campaign which saw the Tories try to link him to Islamic extremists.

Cabinet minister Michael Fallon said Zac Goldsmith's campaign, which has been criticised by senior Tories, was part of the "rough and tumble" of an election.

Mr Khan became the first Muslim to take the job after securing 57% of the support once second preferences were taken into account.

Mr Khan said his victory was down to a "positive" campaign which offered answers to some of the problems facing the capital.

He said: "I'm mayor of London now. I've got bigger things to worry about than Zac Goldsmith's campaign. It's for them to ask themselves the question, how is it that in the most diverse and fantastic city in the world they chose to have a negative, desperate and divisive campaign?"

He said: "I have spent my entire life fighting extremism and radicalisation, encouraging minority communities to get involved in mainstream politics and civic society, and I have managed to do that.

He said it was a matter for David Cameron whether he wished to apologise for the conduct of the Tory campaign, but vowed to work with the prime minister in the interest of Londoners. 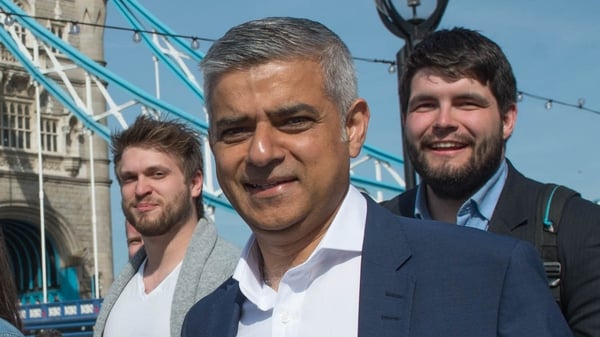