Several units of the Dublin Fire Brigade were called to tackle a major gorse fire in the Dublin mountains last night.

The blaze broke out at around 7.30pm last night at Murphy's Lane in Stepaside and was brought under control early this morning.

Seven units of the fire brigade attended the scene at the height of the blaze near Barnacullia.

The 1st 999 calls for last night's gorse fire were at 1950 and the incident finished at 0140. Pic @grahamball17 pic.twitter.com/3qTCZpFdOr

Separately, a fire at the Panda Recycling plant in Finglas, Dublin, was also brought under control.

It broke out at around 8pm last night and was attended by four units of the fire brigade and officers from the Environmental Unit.

No injuries were reported in either fire. 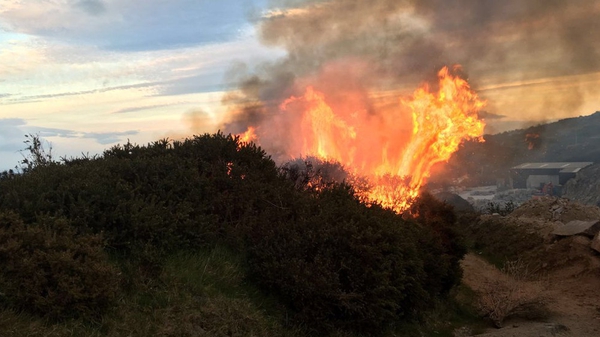