Kenyan rescuers have pulled an 18-month-old baby alive from the rubble of a six-storey building four days after the block collapsed killing 23 people, police said.

The Red Cross said the little girl was found "in a bucket wrapped in a blanket" and was dehydrated but without visible physical injuries.

She had been there for 80 hours since the building, which was home to 150 families crammed into single rooms, collapsed on Friday night.

Nairobi police chief Japheth Koome called it a "miracle" and said the emergency services were continuing their rescue efforts.

Police said the death toll has risen to 23 after two more bodies were found today. Located in the poor, tightly-packed Huruma neighbourhood, the building had been listed for demolition after being declared structurally unsound.

But an evacuation order for the structure, which was built near a river just two years ago, was ignored.

Several buildings have collapsed in recent years in Nairobi and other Kenyan cities, where a property boom has seen buildings shoot up at speed, often with scant regard for building regulations.

The deaths in Huruma bring to at least 30 the number of people who have died in Nairobi since the weekend in incidents linked to floods caused by torrential rains. 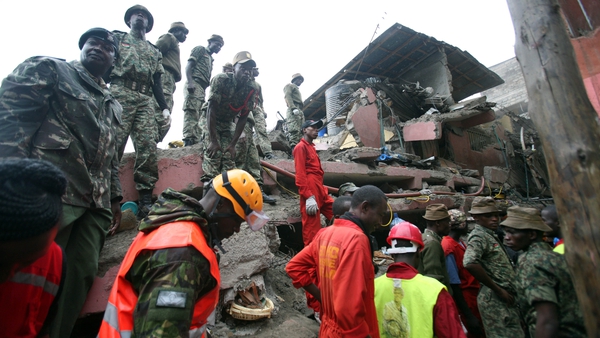