Around 300 people attended a ceremony in Glasnevin Cemetery this morning to remember the 40 children who died in the 1916 Rising.

Through music and readings the children who lost their lives were remembered in a multi-faith ceremony which was opened by broadcaster Joe Duffy.

Children who died in 1916 Rising remembered at Glasnevin cemeteryhttps://t.co/5QvRjMXnmB

A number of musicians including Declan O’Rourke performed songs inspired by the children of the Rising.

Relatives of the some of the deceased laid a wreath at the cemetery's commemorative wall to the victims of 1916.

Forty balloons were then released to mark the lives of each of the children who lost their lives in Easter week 100 years ago. 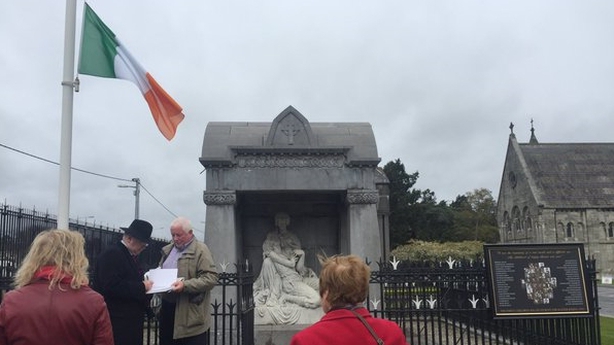