All six university seats have now been filled for the new Seanad with counting continuing tonight on the vocational panels.

Independents Rónán Mullen and former tánaiste Michael McDowell were elected to the NUI panel this evening.

Earlier Sinn Féin's Pádraig Mac Lochlainn, who lost his Daíl seat in February, was elected after topping the poll on the Industrial and Commercial Panel.

Fine Gael's Catherine Noone was elected on the 25th count.

Meanwhile singer Frances Black, who ran as an Independent, was also elected. The addiction campaigner was nominated by the Independent Broadcasters of Ireland.

Former Labour Minister of State Ged Nash was elected to the Labour panel. He lost his seat in the Louth constituency in the general election.

Another outgoing Labour Minister of State Aodhán Ó Ríordáin also won a seat on the Industrial and Commercial panel.

Leader of the Seanad, Fine Gael's Maurice Cummins, lost his seat on the Labour panel.

After counting is finished, the Taoiseach will then nominate 11 senators. 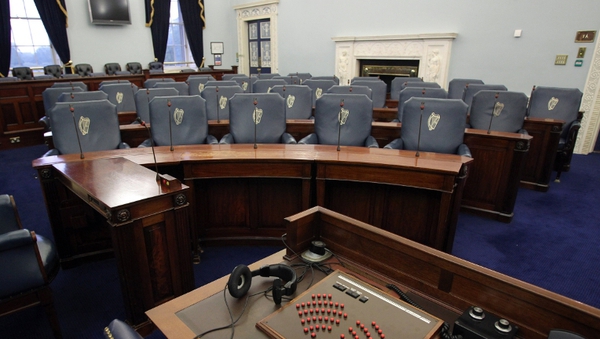