South Korea has said North Korea appears to be readying for a fifth nuclear test in defiance of tightened UN sanctions imposed after its last test in January.

"Signs that it is preparing a fifth nuclear test have recently been detected," South Korean President Park Geun-Hye told a cabinet meeting.

Her remarks followed South Korean media reports in which unnamed government and intelligence officials spoke of a spike in activity at the North's Punggye-ri nuclear test site.

A fresh test would see Pyongyang doubling down in the face of tough sanctions adopted by the UN Security Council.

North Korea is gearing up for a rare and much-hyped ruling party congress early next month.

Numerous analysts have suggested the regime might carry out a fifth nuclear test as a display of defiance and strength just before the congress opens.

Leader Kim Jong-Un is expected to take credit for pushing the country's nuclear weapons programme to new heights at that meeting.

"It is uncertain what kind of unexpected provocations it would stage," Ms Park said at the cabinet meeting.

South Korea's vice foreign minister will discuss the North Korean threat during trilateral talks this week with his US and Japanese counterparts in Seoul.

Meanwhile, United States Deputy Secretary of State Antony Blinken has said the US will respond strongly in the case of a further nuclear test by North Korea.

He said it would be digging itself deeper into a hole if it pursued further provocations, adding that such actions were "unacceptable".

Mr Blinken said the US would consider "a number of possibilities" while adding that it was "premature" to be specific.

Tension has been high on the divided Korean peninsula since the January test and a rocket launch a month later that was widely seen as a disguised ballistic missile test.

The UN Security Council responded by imposing its strongest sanctions to date over the North's nuclear weapons programme.

Pyongyang has responded defiantly, staging a series of short and mid-range missile tests.

It has also claimed a series of significant technical breakthroughs in its nuclear strike capability.

The North claimed it had miniaturised a nuclear warhead to fit on a missile and successfully tested an engine designed for an inter-continental ballistic missile that could reach the mainland US.

While some experts say the claims are exaggerated, most acknowledge that the North's nuclear and ballistic missile programmes have made significant strides. 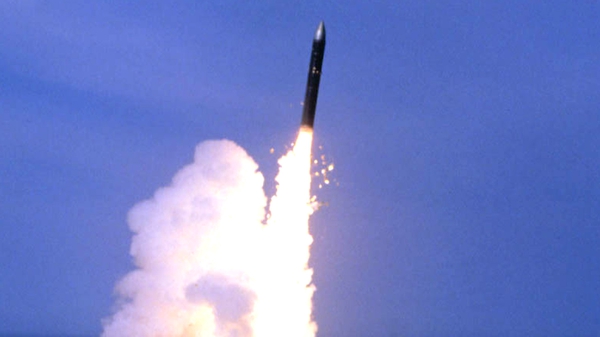