A nun from Derry is among the more than 350 people to have died in an earthquake in Ecuador at the weekend.

Sister Clare Theresa Crockett, from Long Tower in Derry city, was based at a school in Playa Prieta with the Home of the Mother order.

The 33-year-old was apparently trying to lead a number of people from the school when the earthquake struck and the stairwell she was on collapsed.

The Order said six of their members died in the tragedy. No children were in the school at the time as it was the weekend.

Sister Crockett's family have asked for privacy at "this difficult time".

The order has published a video tribute to Sister Crockett following her death. 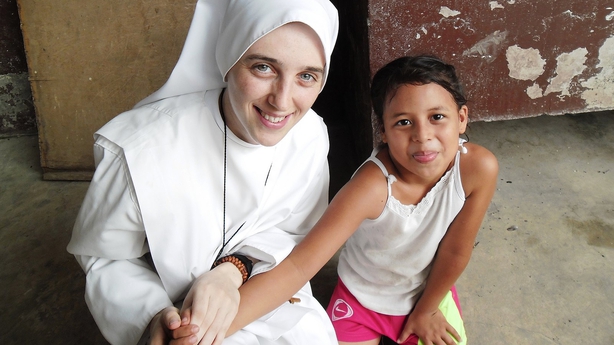 Sister Therese Ryan, who is 36 and from Co Monaghan, was in the same building as Sister Crockett during the earthquake.

A member of the same order, she fractured her ankle in the incident.

The Home of the Mother order have said she is was hospitalised for a time, but is now recovering at the order's community house in Guayaquil.

She is said to be very impacted by the experience but is doing well.

Fr Roland Colhoun, formerly of the Long Tower parish who knew Sister Crockett, said that her family is torn with grief.

Speaking to RTÉ's News at One, Fr Colhoun said that he knew Sister Crockett since her teenage years, describing her as a beautiful person.

"She loved God and she died in the line of duty. It's a very sad end to her fruitful life," he said.

The death toll from the quake has risen to 366 and is likely to rise further as more than 2,000 people were injured in the magnitude 7.8 quake, which struck on Saturday evening.

Officials said the town of Pedernales, near the epicentre, had been destroyed.

"Ecuador has been hit tremendously hard ... This is the greatest tragedy in the last 67 years," said a shaken President Rafael Correa, who rushed back to Ecuador from a visit to Italy.

"There are signs of life in much of the rubble and that is the priority," Mr Correa said in a televised address to the nation of 16 million people. 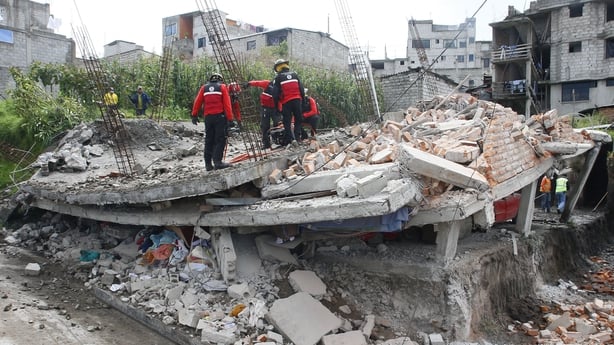 Mr Correa, who met survivors of the quake today, put the cost of the reconstruction effort at "billons of dollars", adding that the economic impact "could be huge".

Growth in the country of 16 million, which is largely dependent on oil and exports, was already forecast near zero this year due to plunging oil income.

Late into the night, firefighters clambered through the rubble and used jackhammers to break through concrete slabs potentially covering victims.

Crowds looked on while others curled up for the night amid the debris.

Dazed residents recounted a violent shake, followed by a sudden collapse of buildings that trapped people in wreckage.

"You could hear people screaming from the rubble," a man said as he waited in a line of 40 people for water outside a stadium in Pedernales.

"There was a pharmacy where people were stuck and we couldn't do anything."

There were more than 200 aftershocks, mainly in the Pedernales area. A state of emergency was declared in six provinces.

The quake has piled pain on the economy of OPEC's smallest member, already reeling from low oil prices, with economic growth this year projected at near-zero.

In Portoviejo, around 180km south of Pedernales, authorities said some 130 inmates escaped from the El Rodeo prison after its walls collapsed. More than 35 have been recaptured. 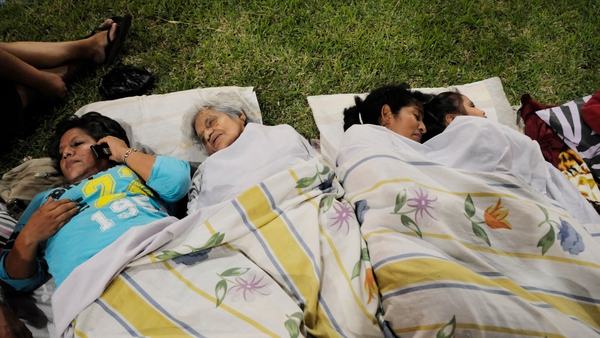