Italy said today that it hoped Libya's UN-backed unity government could restore control of the country's borders to limit migrant flows from north and south and was ready to help in any way it could.

The French and German Foreign Ministers visited Tripoli yesterday to show support for the government and said they were ready to offer training for the country's security forces and border guards if asked.

"We hope Libya blocks both its northern border, from where (migrants) leave to reach us, and its southern border, through which people coming from places such as the Horn of Africa enter the country and use it as a hub to reach Europe," Interior Minister Angelino Alfano said.

Mr Alfano said he would meet his Libyan colleague soon, adding he would offer the Italian government's support to Tripoli.

"I will tell my Libyan colleague that Italy is ready to give any help and cooperation," Mr Alfano said, adding that Italian police could offer support to Tripoli.

Under a recent EU-Turkey deal, migrants who arrive to Greece via Turkey are being screened, registered and detained in holding centres until their asylum applications are processed. Rejected applicants, and those who do not apply, are being returned to Turkey. 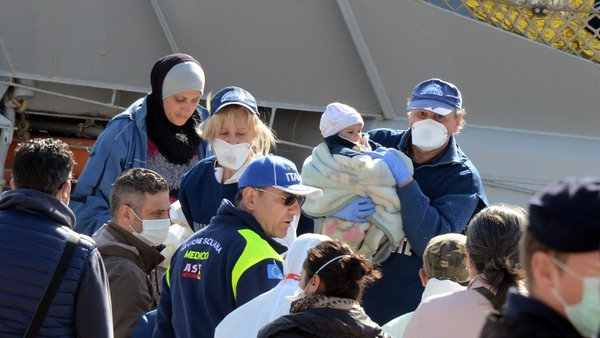