Extended aerial coverage of the recent State Commemoration ceremonies which marked the 1916 Rising is available to watch on RTÉ online.

The Easter Rising was commemorated with a State ceremony at the GPO and a parade through Dublin city centre by over 3,500 members of the Defence Forces and State emergency services on Sunday 27 March.

It was the biggest broadcast deployment for a State event since the visits of Britain's Queen Elizabeth and US President Barack Obama in 2011.

The State Commemoration of the 1916 Easter Rising 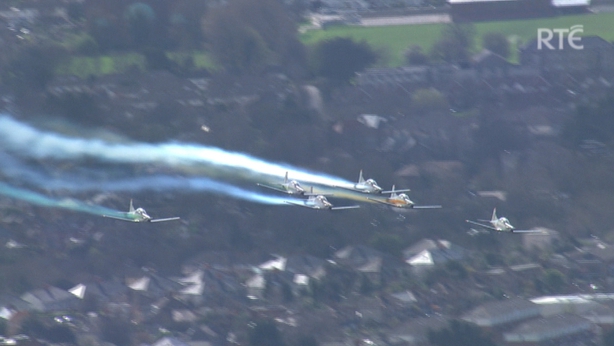 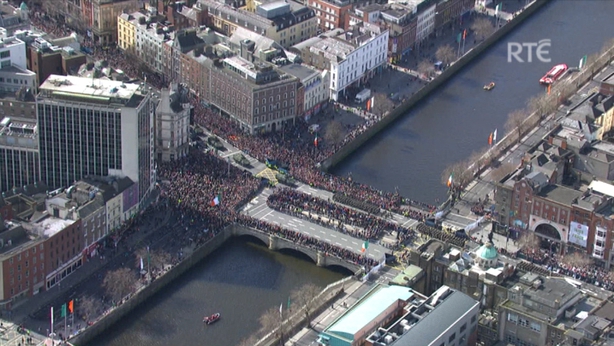 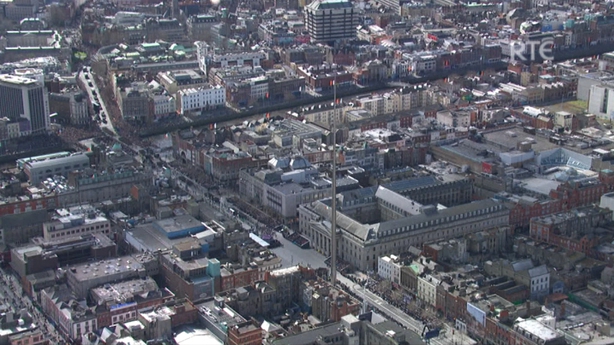 For the event, RTÉ had extensive live outside broadcast coverage across the city centre, with additional live TV units at Kilmainham Gaol and at Áras an Uachtaráin.

RTÉ’s television production team worked with the Air Corps, the Department of Defence and TVM Outside Broadcast to deliver live aerial coverage of the ceremonies and the parade.

"Last year we discussed the idea [aerial coverage of the commemorations] with Defence Forces Ceremonial and with the Air Corps, and they provided tremendous co-operation in making it happen", said RTÉ executive producer John O'Regan.

"In the days before the event, we worked out a detailed schedule with the Air Corps for aerial coverage from the beginning of the parade at 10am to the end at 1.45pm, so the key events could be covered live and the helicopter could also re-position in the airspace as necessary for operational reasons."

The 40-minute edit of the footage shows the parade and well-known Dublin landmarks including St Stephen’s Green, Dublin Castle, the Four Courts and the GPO.