British Prime Minister David Cameron has published details of his income and tax for the past six years in response to pressure arising from the publication of the 'Panama Papers'.

The documents confirm that Mr Cameron made a capital gain of just under £10,000 in 2010 from the sale of investments in his late father's offshore fund.

However, the disclosure of two payments of £100,000 pounds from his mother in 2011 could trigger further questions about his family finances.

Mr Cameron has already been asked whether any of the £300,000 he inherited following the death of his father in 2010 came from the part of his estate in Jersey.

Downing Street revealed that after the Prime Minister's brother Alexander was left the family home in Berkshire, Mrs Cameron made two payments of £100,000 in May and July 2011 to Mr Cameron and also gave money to his sisters "to balance it out".

The payments will only become liable to inheritance tax if Mr Cameron's mother dies within seven years of the gift.

Downing Street has already denied suggestions that this was done to minimise the tax liability of his father's estate.

The figures show that, on top of his income as Prime Minister, his 50% share of the rental income on the Cameron's family home in London amounted to £46,899, he received £9,834 in taxable expenses from the Conservative party and £3,052 in interest on savings in a high street bank.

Mr Cameron said he was publishing the information to be "completely open and transparent" about his financial affairs.

The disclosure came after he admitted botching the handling of the row over his finances, telling Tory activists it had "not been a great week".

"I know there are lessons to learn and I will learn them.

Labour leader Jeremy Corbyn said he would publish his own tax return "very, very soon" and insisted there were "no surprises there" as he demanded action to crack down on tax havens. 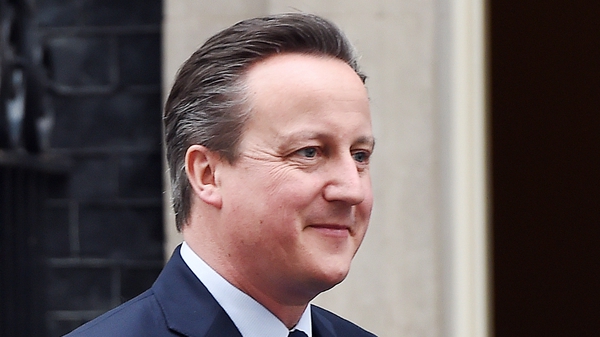 Cameron says he should have handled offshore revelations better