An exhibition of 262 model houses, each representing the 262 civilians killed during the 1916 Rising, is opening at the National Botanic Gardens in Dublin.

The 1916 Sackville Street Art Project includes model houses built out of materials such as ceramics, wood, fabric and stone.

Schools, artists, prisons and historians have contributed to the exhibition.

During the Easter Rising, 485 people were killed.

Of these, 262 were civilians, ordinary people going about their day, who were caught in the crossfire.

"There's this kind of association between a house, home, dwelling and the heart and what's left behind, and it all merged into one.

"We said we would make a house that would be a 'forever home' for each civilian, that they would always be remembered."

The exhibition runs until 24 April. 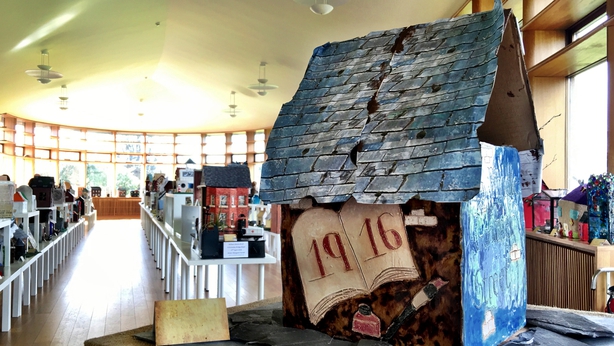