The aims set down in the Proclamation of the Irish Republic by the leaders who fought for Irish freedom in 1916 has yet to be achieved, according to Sinn Féin's Pearse Doherty.

Mr Doherty was speaking in an interview on RTÉ Raidió na Gaeltachta.

He said "we still have a part of our country under British rule, and that is not what the leaders of 1916 stood for, they wanted an all-Ireland Republic."

The Donegal TD also said the ordinary people of Ireland do not have ownership of the country's natural resources, and that is not what is contained in the vision of the men and women of 1916.

He added that "a lot needs to be done to achieve what is set down in the Proclamation."

Meanwhile, the Government has said the Rising commemorations will be rooted in respect and inclusivity.

Minister for Arts, Heritage and the Gaeltacht Heather Humphreys said the events are for reflection and celebration. 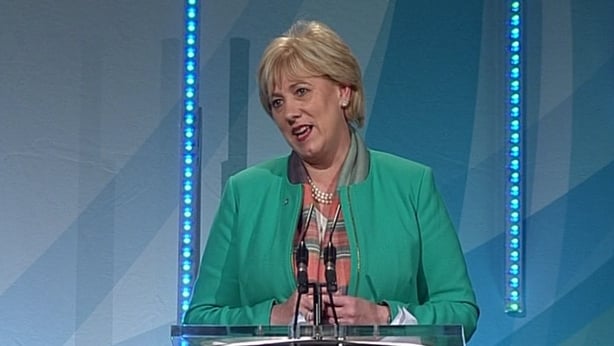 "The 1916 Rising was the seminal moment in our history, which set Ireland on the path to independence," she said.

"This weekend, we will respectfully remember all of those who lost their lives; those who took brave and fateful decisions and those who simply got caught up in the conflict.

"The weekend's events are rooted in respectful commemorations."

Ms Humphreys highlighted a number of key events over the next three days and what they represent.

"The parade on Sunday, the largest ever in the history of the State, will be a magnificent spectacle with a particular focus on our Defence Forces and their proud peacekeeping tradition," she said.

"Through ceremonies at the Garden of Remembrance, Kilmainham Gaol and at various garrisons, we will remember those who gave up their lives in the pursuit of Irish freedom."

Ms Humpheys added: "When considering what Ireland has achieved over the last 100 years, we have a lot to be proud of.

"Ireland is one of the oldest continuous democracies in the world; and for a nation of our size we continue to make a considerable and positive impact internationally."

As well as the State-sponsored events, more than 2,500 community events are planned across Ireland to mark the historical milestone.