Following Tuesday's terror attacks in Brussels for which the self-styled Islamic State militant group claimed responsibility, a list of the principal suspects and their links to the 13 November Paris attacks has been identified.

Khalid El Bakraoui, 27, Belgian, blew himself up on a metro train at Maelbeek station on Tuesday. 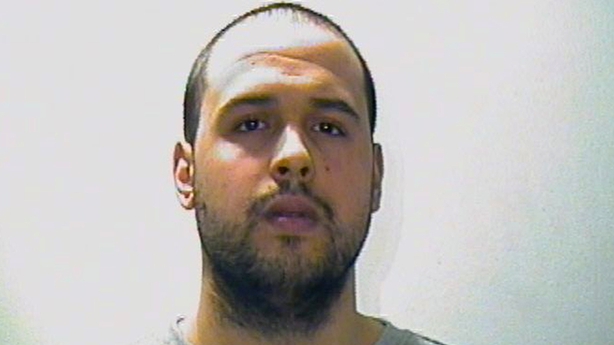 He was handed a five-year prison sentence for car-jacking in February 2011 but violated the terms of his parole last April when he was found with a former criminal associate.

He was released again by the court because he met other parole conditions. He showed no signs of being radicalised then.

On the run since breaking parole again in October, he used fake ID to rent an apartment in Charleroi that was used as a safe house by some of the Paris attackers.

As a result, he was put on international wanted lists in December.

He also used fake ID to rent a flat in the Forest district of Brussels where on 15 March police found a fingerprint of Salah Abdeslam and shot dead gunman Mohamed Belkaid.

Ibrahim El Bakraoui, 29, Belgian, blew himself up at Brussels airport. 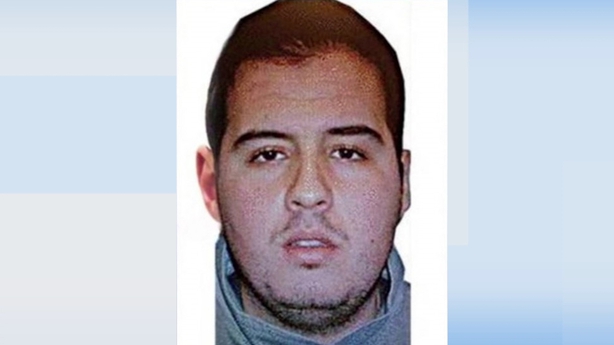 He was with two other men caught on CCTV at the airport. One of the others, Najim Laachraoui, also blew himself up and the third man is being hunted.

Bakraoui was sentenced to 10 years in prison in 2010 for shooting at police during a robbery.

He has been on the run since dropping out of the parole system on 19 May. Detained by Turkish police near the Syrian border, he was expelled in July to the Netherlands.

Belgian ministers have blamed embassy staff for not relaying strongly or quickly a warning from Turkey.

Najim Laachraoui, 25, Belgian, was the second suicide bomber at the airport, investigators have confirmed. 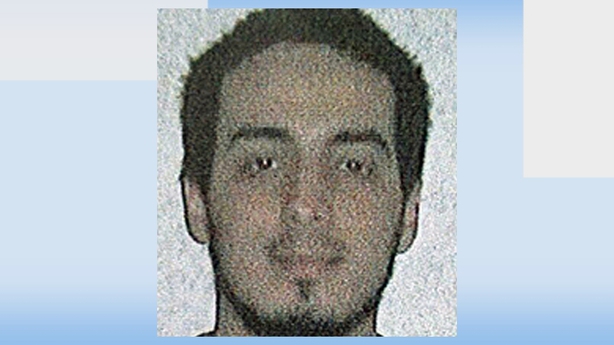 Prosecutors said Laachraoui's DNA had been found on two explosive belts used by the Paris attackers.

He left Brussels for Syria in February 2013 and broke off contact with his family.

An engineering sciences student who dropped out of university, he is believed to have had the technical training that could mean he was the armourer of the operation.

Travelling under the false name Soufiane Kayal, he was documented travelling from Hungary into Austria in September in a car driven by Salah Abdeslam, the prime suspect in the Paris attacks who was captured in Brussels last Friday.

Salah Abdeslam, 26, French, now in Bruges prison awaiting trial or extradition to France, was Europe's most wanted fugitive until his capture last Friday in Brussels after a four-month manhunt. 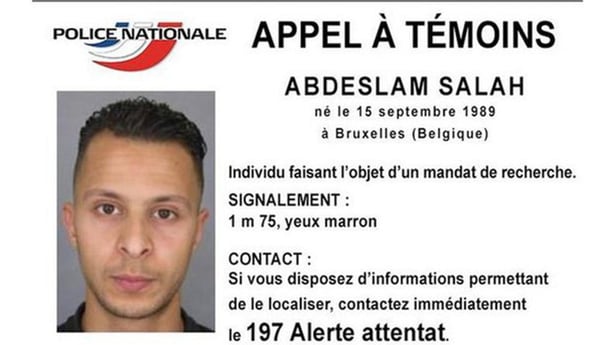 Born and raised in Belgium to Moroccan-born parents, he told a magistrate he planned to blow himself up at a sports stadium in Paris on 13 November but backed out at the last minute.

He has told investigators he arranged logistics for the Paris attacks.

Brahim Abdeslam, 31, French, brother of Salah, blew himself up at a Paris cafe. 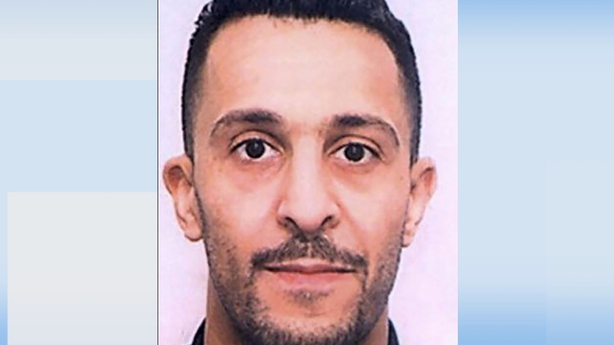 He owned a bar that his brother Salah ran in their home district of Molenbeek in Brussels.

Molenbeek was home to many of those suspected of ties to the so called Islamic State group.

He was deported from Turkey, accused of trying to join militants.

He was questioned on return but Belgian police found no reason to detain him.

Abdelhamid Abaaoud, 28, Belgian, was killed by French police in a shootout in the Paris suburb of St Denis on 18 November. 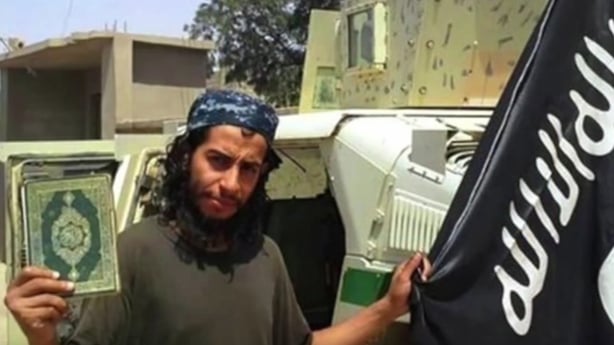 Having fought in Syria as Abu Omar al-Beljiki he avoided capture in a Belgian police raid in Verviers on 16 January 2015, in which two fellow Belgians were killed.

He boasted of flitting between Syria and Europe and was believed to have promoted attacks including the 2014 shooting at Brussels' Jewish Museum and the Thalys train attack last August.

Abbaoud was sentenced to 20 years in prison in absentia in July last year, part of a case known as the Syrian Connection, in which some 30 suspects were handed jail sentences.

He was jailed for 12 years in the Syrian Connection case

Reda Kriket, 34, French, was arrested in the Paris suburb of Argenteuil on Thursday and is suspected of belonging to a militant network planning an attack in France.

He was found as part of investigations into the Paris attacks.

He had been sentenced in absentia to 10 years in Belgium last July for recruiting Islamist fighters for Syria in the Syrian Connection case.

Mohamed Abrini, 31, Belgian, has been directly linked to Salah Abdeslam and is on Europol's top 50 most-wanted list. 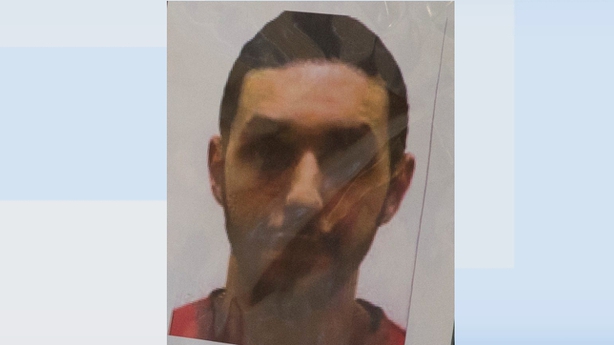 Some Belgian media have suggested he might be the fugitive third man in the CCTV image taken in Brussels airport on Tuesday and who prosecutors believe abandoned his bomb without detonating it.

Abrini was seen on CCTV with Salah Abdeslam on 11 November in a car used in the Paris attacks.

He remains unaccounted for by police since the Paris attacks and is known to have fought in Syria.

Like the Abdeslam brothers, he grew up in Molenbeek.

Naim Al Hamed, 28, Syrian, is believed to be on the run and described as "very dangerous and probably armed" by an online wanted poster released by French police.

He is suspected of links to the Brussels attacks.

Mohamed Belkaid, 35, Algerian, was killed by police in the flat in Forest on 15 March.

He was in Belgium illegally but was only known to police for petty crimes committed in 2014.

Using the fake identity of Samir Bouzid he was documented in the car with Abdeslam and Laachraoui in Hungary in September.

Also with Laachraoui, he was caught on CCTV on 17 November wiring cash to a cousin of Abaaoud who was to die the next day in the St Denis shoot-out.

Amine Choukri or Monir Ahmed Alaaj, both false identities, was arrested with Saleh Abdeslam, hiding with a family in a house in Molenbeek.

Choukri was documented by German police near Ulm in a car with Abdeslam in October.

Like Abdeslam, he was charged with "terrorist murder" over the Paris attacks.

Mehdi Nemmouche, French, killed four people in an attack on the Jewish Museum in Brussels on May 24, 2014 after spending 2013 fighting in Syria.

Caught in Marseille and extradited, he is now in Bruges high-security prison, as is Salah Abdeslam, who is fighting extradition to France over the Paris attacks.