Former Bosnian Serb leader Radovan Karadzic has been sentenced to 40 years in jail by UN judges who found him guilty of genocide for the 1995 Srebrenica massacre and of nine other war crimes charges.

Karadzic, 70, the most senior political figure to be convicted by the International Criminal Tribunal for the former Yugoslavia in The Hague, was found guilty of ten out of 11 war charges.

He was acquitted of a second count of genocide in various towns across Bosnia during the war of the 1990s.

The judges said Karadzic was criminally responsible for the siege of Sarajevo and had committed crimes against humanity in Bosnian towns.

They said he had intended to eliminate the Bosnian Muslim males in the town of Srebrenica, where 8,000 Muslims died in Europe's worst war crime since World War II.

Presiding judge O-Gon Kwon said the three-year Sarajevo siege, during which the city was shelled and sniped at by besieging Bosnian Serb forces, could not have happened without Karadzic's support.

His sentence will be reduced by slightly more than seven years for time already spent in detention.

It will be served in an as of yet undetermined state prison.

His lawyers said he would appeal, a process that could take several more years.

As the judges described the siege of Sarajevo, Karadzic looked pained and his face tightened into a grimace.

Victims' families in the courtroom, some of them elderly, listened intently when the genocide at Srebrenica was discussed.

One wiped away tears as the judge described men and boys being separated from their families.

After the verdict, another survivor Bida Smajlovic visited the memorial centre in Srebrenica, where her husband's name is engraved, among other victims of the massacre. 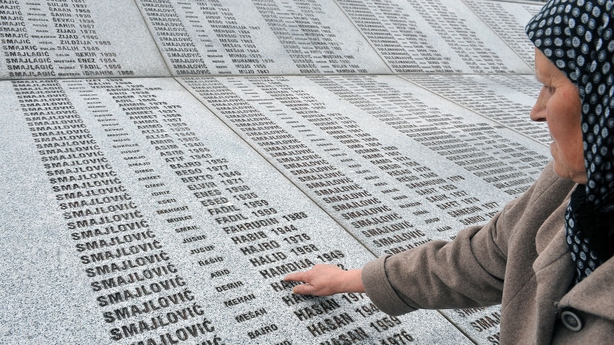 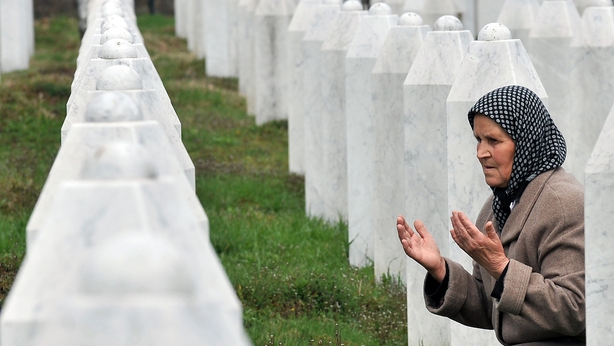 "His judgement is symbolically powerful - above all for the victims of the crimes committed during the wars in Bosnia-Herzegovina and across the former Yugoslavia, but also for victims across the world," he said.

He added that the verdict showed that "no matter how powerful they are, no matter how untouchable they imagine themselves to be, no matter what continent they inhabit, the perpetrators of such crimes ... will not escape justice."

When Karadzic was ordered to stand for sentencing, he listened with eyes mostly downcast.

After the sentence was read and judges departed, he sat back heavily in his chair. 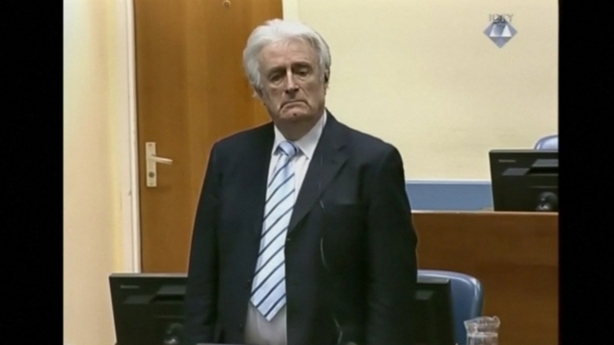 After the hearing was closed, several victims' families embraced before quietly leaving the courtroom.

Karadzic was arrested in 2008 after 11 years on the run, following a war in which 100,000 people were killed as rival armies carved Bosnia up along ethnic lines that largely survive today.

He headed the self-styled Bosnian Serb Republic and was Supreme Commander of its armed forces. 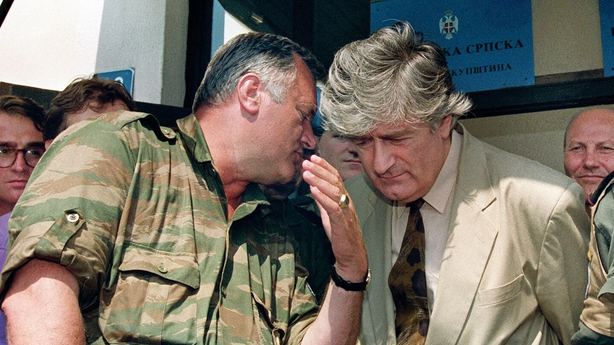 He said in an interview ahead of the verdict that he had worked to uphold peace and deserved praise, not punishment.

"My permanent fight to preserve the peace, prevent the war and decrease the sufferings of everyone regardless of religion were an exemplary effort deserving respect rather than persecution," he told news portal Balkan Insight.

Serbian Prime Minister Aleksandar Vucic said he would stand by the Serbs of Bosnia.

"We will stand by our people and we will protect their existence and their right to have their own state," he said.

"For two decades now, those victims have put their trust in us to deliver it.

“Thousands came here to tell their stories and courageously confront their tormentors. Today, with this conviction, that trust has been honoured. Justice has been done."

Verdict 'most important since Nuremberg'

"What is important is that a sentence has been passed against a terrible political ideology," said Bakir Izetbegovic, the Muslim member and chairman of Bosnia's tripartite presidency.

"Crimes were prepared in an organised, systematic and committed manner.

"Hundreds of thousands were driven out (of their homes) and the traces of their culture and their religion were later deleted," he told a press conference.

"This is the most important verdict since Nuremberg."

The only more senior official to face justice before the Tribunal was the late Serbian President Slobodan Milosevic, who died in custody a decade ago before a verdict was reached.

Ratko Mladic, the general who commanded Bosnian Serb forces, was the last suspect to be detained over the Srebrenica slaughter and is also in a UN cell awaiting judgment.

Munira Subasic, whose son was among the victims of Srebrenica, said the "verdict is very important to show new generations, especially those in Serbia who have been poisoned with hatred already, what really happened in Bosnia".

The Srebrenica massacre and the years-long Serb siege of Sarajevo were events that turned world opinion against the Serbs and prompted NATO air strikes that helped bring the war to an end.

Karadzic defended himself through his 497-day trial and called 248 witnesses, poring over many of the millions of pages of evidence with the help of a court-appointed legal adviser.

Rejecting the charges against him, Karadzic sought to portray himself as the Serbs' champion, blaming some of the sieges and shelling on Bosnian Muslims themselves.

He says soldiers and civilians who committed crimes during the war acted individually. 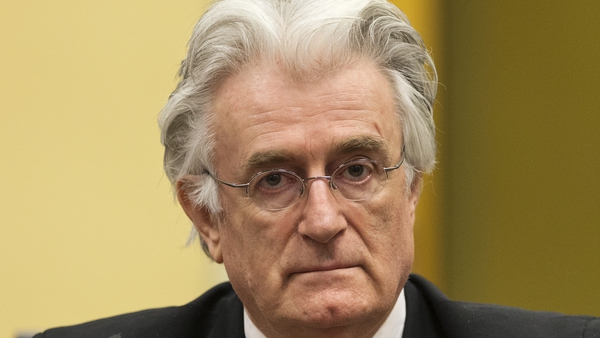