The prime surviving suspect for the 13 November Paris attacks planned to blow himself up with fellow self-styled Islamic State militants but changed his mind, he told Belgian investigators, a day after his capture.

"He wanted to blow himself up at the Stade de France and... backed down," the lead French investigator told reporters in Paris, quoting Salah Abdeslam's statement to a magistrate in Brussels.

Francois Molins said initial statements by the 26-year-old French national, who was transferred on Saturday to a high-security prison in the western Belgian city of Bruges, should be treated with caution.

Nonetheless, the apparent willingness of the only known active participant to have survived the attacks on bars, a concert hall and the football stadium is a major breakthrough after four months in which the trail had seemed to go cold.

Abdeslam's lawyer said he admitted being in Paris during the attacks but gave no details of his statement. 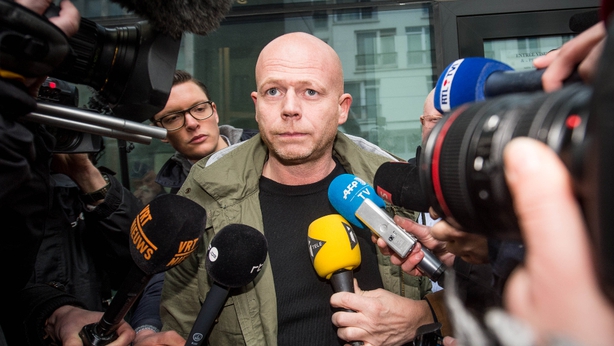 He told reporters his client, born to a Moroccan immigrant family in Brussels and raised there, had cooperated with investigators but would fight extradition to France.

Belgian prosecutors said Abdeslam and a second man arrested with him yesterday were charged with "participation in terrorist murder".

"He is cooperating with Belgian justice," his lawyer Sven Mary told reporters, adding that Abdeslam was bedridden after being shot in the leg during his capture.

His elder brother was among the suicide bombers in the gun and bomb attacks that killed 130 people in the French capital.

Mr Mary said Abdesalam would refuse the extradition demanded by French President Francois Hollande, who was at the soccer match targeted by the bombers.

Legal experts said his challenge was unlikely to succeed but would buy him more time to prepare his defence.

French and Belgian leaders have hailed his arrest, several days after Brussels police stumbled on his fingerprints during a raid that turned violent, as a turning point in clearing up the Paris attacks, in which all the nine identified assailants were shot dead or blew themselves up.

It may also help disrupt other militant cells that Belgian Foreign Minister Didier Reynders said were certainly "out there" and planning further violence.

"We've won a battle against the forces of ignorance but the struggle isn't over," Belgian Prime Minister Charles Michel said.

The case has raised tensions with France but Mr Michel and Mr Hollande, who was in Brussels for a European summit when Abdeslam was arrested, praised each others' security services.

Interpol issued an advisory to border guards about fleeing accomplices. A Belgian, 31-year-old Mohamed Abrini, is still on EU police agency Europol's "Most Wanted" list after being caught on CCTV with Abdeslam.

After four months on the run, Abdeslam was found just a few hundred yards from his parents' home in the rundown North African quarter of the Molenbeek district. 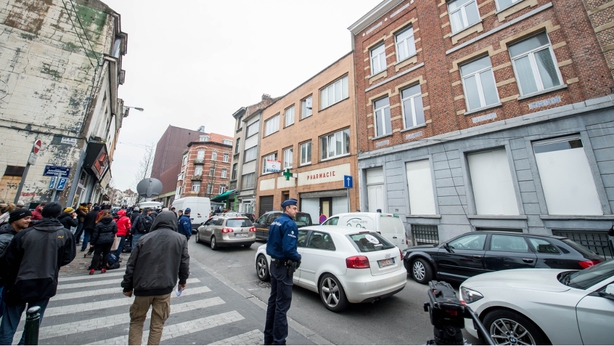 A man using false papers in the names of Amine Choukri and Monir Ahmed Alaaj was also charged with terrorist murder.

As Choukri, he was documented by German police at Ulm in October when he was stopped in a car with Abdeslam.

A third man in the house was charged with belonging to a terrorist organisation and he and a woman were charged with concealing criminals.

Police had sought Abdeslam since he called two acquaintances in Belgium in a panic hours after the attacks to have them collect him and bring him home.

Suspected to be as far away as Syria, it seems he was in Brussels all or most of the time.

Security agencies' difficulties in penetrating some Muslim communities, particularly in pursuit of Belgium's unusually high number of citizens fighting in Syria, has been a key factor in the inquiry, along with arms dealing in Brussels.

Trial could give answers to victims of Paris attacks

As Parisians, and families of the victims, voiced relief at the arrest, French Interior Minister Bernard Cazeneuve said after an emergency cabinet meeting that a trial could answer questions for those who suffered in the attacks.

"Abdeslam will have to answer to French justice for his acts," he said. "It is an important blow to the terrorist organisation Daesh (Islamic State) in Europe."

A trickle of people came to a makeshift memorial in Paris that has engulfed the monument at Place de la Republique, near the scene of much of the bloodshed, to pay their respects.

His elder brother Brahim, a Brussels barkeeper who shared a chequered history of drugs and petty crime, blew himself up outside a Parisian cafe on the night of the attacks.

An inquiry that had seemed to go cold heated up when French and Belgium officers went to an apartment in the southern Brussels suburb of Forest on Tuesday.

Thinking they were simply looking for physical evidence, they were instead confronted by at least two people spraying automatic gunfire at them as they opened the door.

Later, local media said, a tapped telephone led police to a mobile phone number used by Abdeslam and, by triangulating the device's location, established that he was at the house in ruedes Quatre-Vents in Molenbeek.

After media broke word that his fingerprints had been found, police moved in and seized him. 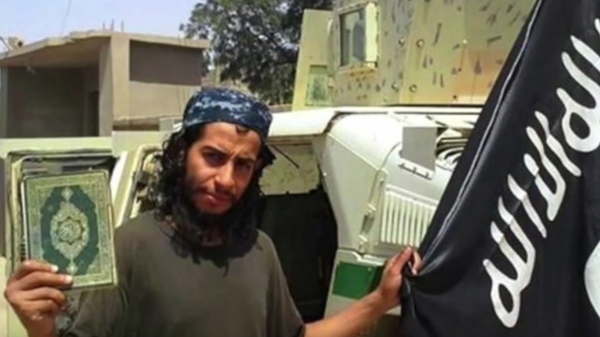