SIPTU district divisional organiser Owen Reidy said the drivers had been left with no alternative.

"The public, Luas customers and business are the real losers here.

"Transdev is in talks tomorrow in the Workplace Relations Commission with three out of the four grades in the company. Luas traffic supervisors, revenue protection officers and supervisors.

"All of these grades are willing to enter talks with the company in the WRC," Mr Madden said.

"Transdev is willing to talk with the driver grade in the WRC but have stated that those talks will only be meaningful if the pay claim is modified to a reasonable point.

"I am disappointed with the notice served today and the total disregard being shown to the public," he added. 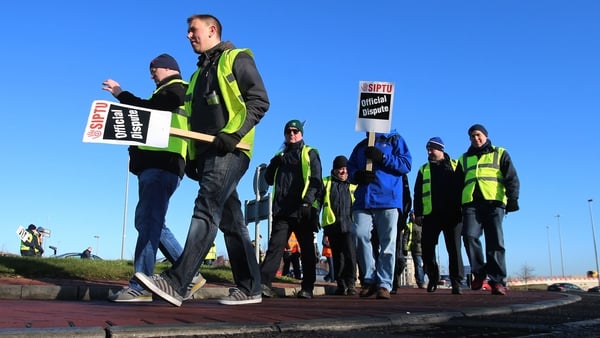