US Republican presidential candidate Donald Trump has strolled to victory in South Carolina in a contest that saw former Florida Governor Jeb Bush drop out, while Democratic hopeful Hillary Clinton beat back a strong challenge from Bernie Sanders in Nevada.

The victories by Mr Trump, who is running as an anti-establishment outsider, and Mrs Clinton, a preeminent political insider, solidified their positions as the front-runners to win their parties' respective nominations ahead of the 8 November US presidential election.

The night's most prominent casualty, Mr Bush suffered a distant fourth place finish in the Republican contest and announced he had suspended his campaign, ending his dream of becoming a third Bush president after his father and brother.

From the US, @CaitrionaPerry reports as Trump & Clinton move closer to their parties' nominations for the presidencyhttps://t.co/QbB0qsiI4u

"The people of Iowa, New Hampshire and South Carolina have spoken, and I really respect their decision," an emotional Mr Bush said in Columbia.He finished far out of the running in each of the first three states. 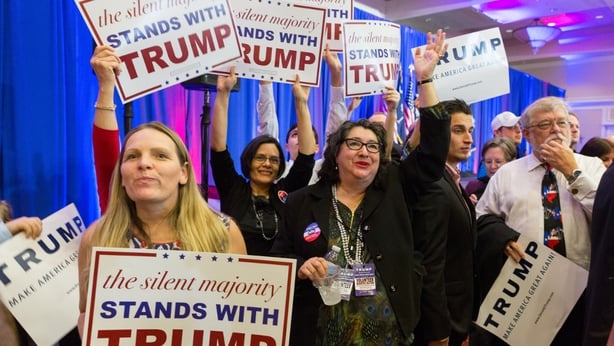 By winning both South Carolina and New Hampshire and holding leads in 13 states that hold Republican contests on 1 March, Mr Trump was arguably on track to win the nomination, an outcome that seemed astounding to contemplate when he entered the race last summer.

"It's going to be very difficult for him to be derailed at this point," said Hogan Gidley, who was a senior adviser to former Republican candidate Mike Huckabee.

The 69-year-old real estate billionaire and reality TV star was declared the winner in South Carolina about an hour after polls closed, and launched into a feisty victory speech. 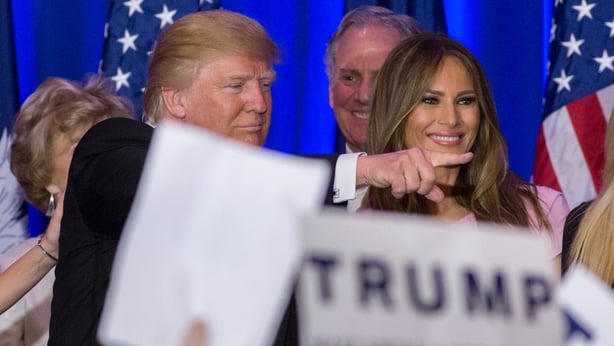 He denounced TV pundits for saying there could be enough anti-Trump votes to beat him when the race thins further.

"These geniuses," he said. "They don't understand that as people drop out, I'm going to get a lot of those votes also. You don't just add them together."

.@realDonaldTrump to the crowd at #SCPrimary victory party "Who's going to pay for The Wall?"..Crowd chants back "Mexico!" @rtenews

Mr Trump easily defeated Florida Senator Marco Rubio and Texas Senator Ted Cruz, who were in a close fight for second place and the right to declare themselves the anti-Trump alternative. 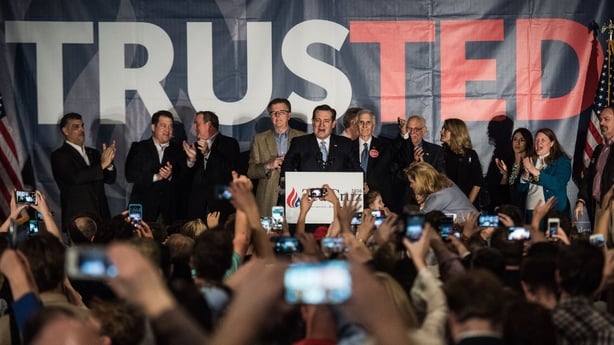 Mr Cruz's inability to distinguish himself from Mr Rubio in the state was a blow to his campaign, which had invested heavily there to rally support among South Carolina's large population of evangelical voters.

Mr Trump's victory won him at least 44 of the state's 50 delegates, bringing his delegate count to 61, compared to 11 for Mr Cruz and ten for Mr Rubio, according to a tally by Real Clear Politics.

It was Mr Trump's second victory in a row, an outcome that frightens establishment Republicans but thrills the "throw-the-bums-out" conservative base of the party that has long been fed up with Washington.

He had created some last-minute drama in South Carolina after Pope Francis said on Thursday his views on US immigration were "not Christian."

Mr Trump, who has also advocated a ban on Muslim immigrants to counter domestic terror threats, stirred fresh controversy on Friday when he told a crowd about a US general who was said to have dipped bullets in pigs' blood to kill Muslim prisoners a century ago.

Former Secretary of State Clinton's victory in the Nevada Democratic caucuses, meanwhile, could help calm worries among the Democratic establishment about the strength of her campaign.

Her result denied Mr Sanders the breakthrough win he had sought in a state with a heavy minority population, but his ability to close a one-time double-digit polling lead for Mrs Clinton suggests the Democratic nominating race will be long and hard fought. 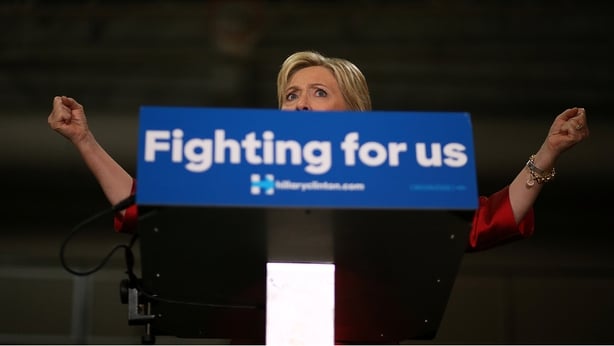 Mrs Clinton's victory gave her fresh momentum as she heads into the next contest in South Carolina on 27 February, where polls show her with a double-digit lead largely as a result of heavy support from black voters.

"Some may have doubted us, but we never doubted each other," she told cheering supporters at a victory rally in Las Vegas. "This is your campaign."

Mr Sanders vowed to fight on and set his sights on the 11 states that vote on "Super Tuesday," 1 March.

He predicted that when Democrats gather for their nominating convention in Philadelphia in July, "We are going to see the results of one of the great political upsets in the history of the United States."

"The wind is at our backs," the Vermont senator said. "We have the momentum."

After routing Mrs Clinton in New Hampshire and finishing a strong second in Iowa, states with nearly all-white populations, Mr Sanders had hoped to prove in Nevada that he could win over black and Hispanic voters and compete nationally as the race moves to states with more diverse populations.

But entrance polling in Nevada showed he badly lost among black voters, by 76% to 22%, a bad omen for South Carolina and other southern states with big black populations.

Mrs Clinton's campaign has argued she would assert control of the Democratic race once it moved to more diverse states with black and Hispanic populations who have traditionally backed Mrs Clinton and have been slow to warm to Mr Sanders.

“To all my supporters out there—some may have doubted us, but we never doubted each other. This one’s for you.” —Hillary in NV 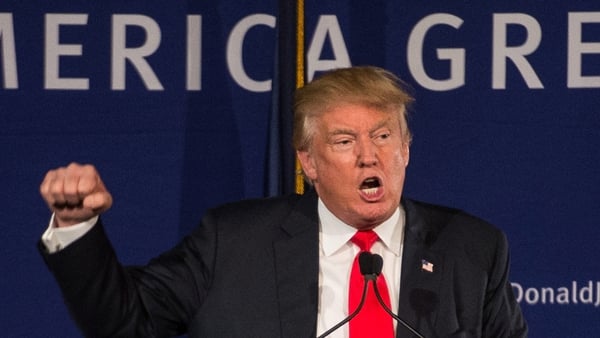 Trump comments disqualify him for office of president - White House