There has been a small increase in hospital waiting lists, according to the latest figures for January, from the National Treatment Purchase Fund.

The outpatient waiting list has increased by 8,273 to 383,713 patients waiting to be seen by a consultant at a clinic, for the first time.

The Gastrointestinal endoscopy waiting list, which is collated separately, is up by 474 patients to 16,390.

Hospital overcrowding has reduced to 388 patients waiting for a bed, down from a figure of 461 yesterday.

Beaumont Hospital in Dublin remains under pressure with 42 patients waiting in its Emergency Department, or on a ward for admission to a bed.

The hospital announced yesterday it had postponed all non-urgent operations today and tomorrow, to cope with the overcrowding.

It said that all patients have been communicated with directly.

Beaumont Hospital said it regretted the difficult conditions experienced by patients and staff in the emergency department, which have been exacerbated by several factors, including a high number of attendances and a high number requiring admission.

Yesterday it had 35 patients waiting for a bed in its emergency department, as well as five waiting on wards.

To deal with the problem, the hospital has implemented escalation procedures, agreed nationally.

It is advising GPs not to send patients to the emergency department, unless absolutely necessary.

It is also asking patients with minor injuries to visit the Mater Smithfield Rapid Injury Clinic if possible.

The hospital says it also sought off call ambulance assistance for an hour to cope.

Extra medical rounds to prioritise discharges are under way.

Beaumont says it is accessing all available ward beds and additional step down beds.

The emergency department at Beaumont is one of the busiest in Ireland, providing services to over 50,000 patients each year.

The peak so far this week was on Tuesday, which saw 539 patients waiting in hospitals around the country, according to figures from the Irish Nurses and Midwives Organisation. 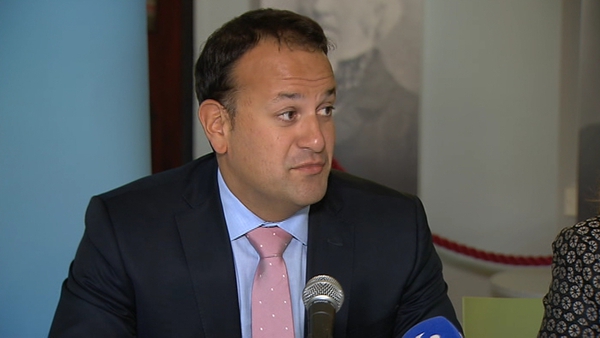