On the first Sunday of the General Election 2016 campaign, Fine Gael ministers Michael Noonan, Leo Varadkar and Simon Harris held a press conference in Fine Gael’s Media HQ to set out the details of Fine Gael’s plans for the abolition of the USC as a core part of the party’s Long Term Economic Plan. 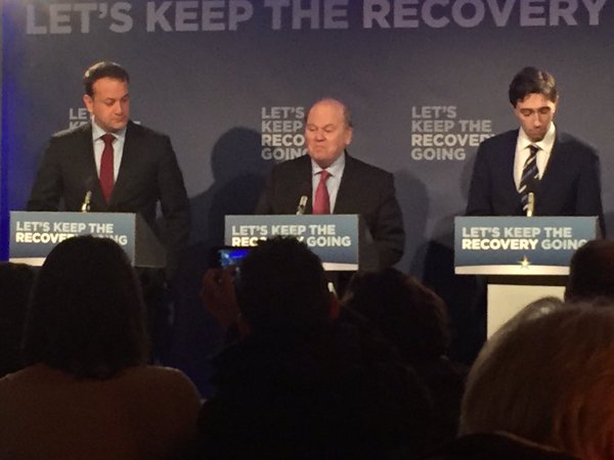 This was followed by a photocall with the three ministers and a number of the party’s Dublin candidates.

The Taoiseach was in his own Mayo constituency with Michelle Mulherin in Ballina today.

Fianna Fáil outlined its response to gangland and organised crime close to the scene of Friday’s gangland murder at the Regency Hotel.

Sinn Féin set out its “fully costed proposals for Universal Healthcare” when it launched a billboard campaign outside Sinn Féin offices on Dublin’s Parnell Square at 3.30pm.