All eyes in the US turn to the state of Iowa this week for the 'First in the Nation' caucus as voters there officially being the process to select the next US president. Our Washington Correspondent Caitriona Perry explains just what a caucus is and what is so important about Iowa.

Just what is the Iowa caucus and what is all the fuss about?

It is the official beginning of the election of the next president of the United States. Although it may seem as if that process already started quite some time ago, as candidates have been campaigning in earnest since early last year.

But tonight at 7pm in the US (1am Tuesday morning here), the first votes in this election will actually be cast, and that is why Iowa has become the centre of the American political universe this week. Voters in the state of Iowa, in both the Republican and Democratic parties, will decide who they want to go on to represent them in the head-to-head general election on 8 November.

Why does it matter?

Mostly the Iowa caucus matters because it is first. There are said to be 'only three tickets out of Iowa' and what that means is, that generally, if a candidate doesn’t finish first, second or third in his/her party here - this first chance the American people have to vote on the candidates - then money and attention flows away from them and it becomes very hard to get traction elsewhere to win the party's nomination. That's why Iowa counts. 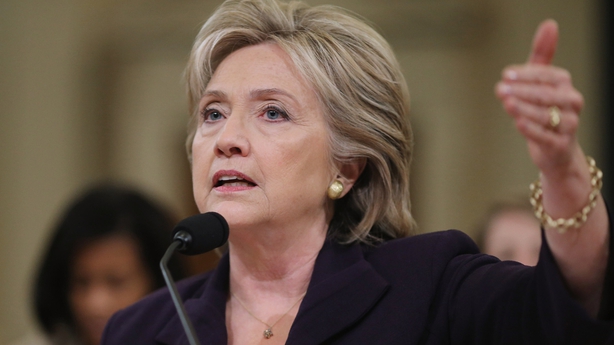 What does it tell us?

Various things. Firstly it will show just what the people think about the respective candidates. Will the large crowds who’ve been turning up to cheer on Donald Trump and Bernie Sanders turn into actual voters? Will the battle be as close between Trump and Ted Cruz and Sanders and Hillary Clinton as the polls predict - where both pairings are neck and neck? Also, any leads that are falling with the margins of error of the polls. And just how accurate are polls, most of them are still done over landline telephones in an era when people are either getting rid of their landlines, or in the case of younger people, never had one to begin with.

All parties agree though, turnout for this caucus will be critical, especially for the success of Trump and Sanders who are doing particularly well with new voters, and in Sanders’ case, he has really energized young people like no other candidate in this cycle (His ground game has been compared to that of Barack Obama - not an opinion the president himself agrees with!).

What happens at a Caucus and are they all the same?

So in Iowa later, all registered Republican and Democratic voters will meet separately in school halls, church centres, or sometimes private homes. But there are quite significant differences between how the two parties hold a caucus.

The Republican party will meet, listen to some speakers, and then write the name of their preferred candidate on a piece of paper and put it in a hat - or bowl - or box. It is not quite a secret ballot, your neighbour sitting beside you could peer at your piece of paper easily, if they wanted to. But you don’t have to visibly declare for someone. In other words you may have a Ted Cruz poster on the side of your barn, but you could write down Rand Paul’s name on the night.

Those votes are counted, and fed into a central collection point in Des Moines - this year there’s even an app for that.

But the Democratic voters have to physically go and stand in a corner, or a table or under a flag for their candidate of choice. Candidates or their canvassers can try and persuade voters to leave one corner for another. After a set period of time of cajoling, heads are counted.

A candidate needs to have 15% of people in the room in their corner to be declared 'viable'. If the 15% isn’t reached, those voters can choose to stand with another candidate, or just go home. This is why Irish-American former Governor of Baltimore Martin O’Malley may unwittingly determine who wins Iowa for the Democrats, he may not reach that 15%, and with Clinton and Sanders neck and neck, which corner his supporters select as their second choice, could make all the difference. 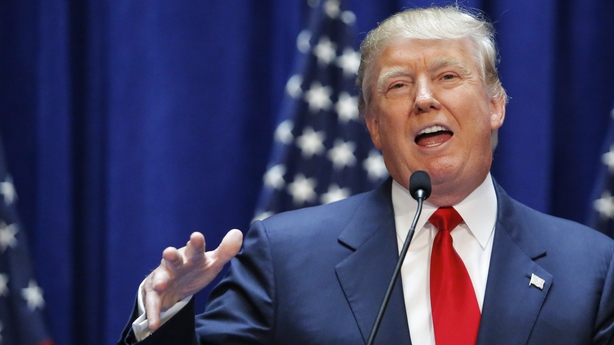 How does it differ from a primary?

A caucus is quite different to a primary election. A primary election is just like any other election - polls are open in public venues for usually twelve or so hours on a certain day, you are given a piece of paper, go into a booth, and vote by secret ballot. When the polls close, the votes from each location are counted, all the locations are added together and the candidates ranked accordingly.

How many caucuses are there?

1,681 meetings in individual precincts in 99 counties - held at the same time right across the State, in school halls, community centres, churches and sometimes even in private homes.

What happens if you do well/badly?

If you perform really badly in Iowa, in New Hampshire next week and don’t look like recovering support in the 'first in the South' primary in South Carolina and the 'first in the west' in Nevada in the following fortnight, then it becomes really difficult to recover. By that stage a pattern of essentially 'no confidence' from the voters has emerged and donors' money - that lifeblood of American politics - will ebb away and dry up. When that starts happening, the end of the road is in sight. If candidates are continuing to poll in low figures after the first few states, you can expect them to start dropping out, and particularly that will mean the Republican field narrowing significantly.

If you do well, then it’s a case of success breeds success, money and attention flow to you. But it does not mean a clear winner has been determined. In 2008, the contest with Hillary Clinton and Barack Obama went all the way through to June before it was clear that Obama was "uncatchable".  Also, of the 11 Democratic "first in the nation" caucuses that have been held since 1972, eight of those who've won in Iowa have gone on to be the party’s nominee.

Of the 10 held by the Republican party, six winners have become the party’s nominee, the last candidate Iowa picked who became the nominee and ultimately the president was George W Bush. Famously Ronald Reagan finished second in the 1980 caucus (after skipping the debate just like Donald Trump did on Thursday) and he still went on to win not only the nomination, but the presidency.

Why is Iowa always first?

Not for any meaningful reason. It is not a state that is demographically representative of the US (it is 87% white according to the most recent census, and mostly rural). Really it is first simply because it is first and nobody has challenged it. After the 1968 Democratic National Convention, the Democrats wanted to change the process of how they nominated their candidate for president to be more inclusive.

Iowa has a very complicated process starting with the local caucuses leading up to a state convention, before delegates attend the overall National Convention and select the party’s nominee. So they said they needed a lot of time to get that process done in time for the convention. It was decided that Iowa would start its election process really early. First in fact. So the Democratic Party held the first 'First in the Nation' caucuses in Iowa in 1972, and the Republican Party began doing the same in 1976.

When can we expect to know the results?

There should be a reasonable idea of who will be the winner by around 5am Tuesday morning Irish time, so tune into Morning Ireland on Tuesday morning where I’ll be discussing the winners and the losers; you can see the footage on RTÉ Television programmes throughout the day, and of course stay right up to date, as always, here on rte.ie and on the News Now app.