It was the month when the plain packaging of tobacco initiative moved ahead despite legal threats, and the Children and Family Relationships Bill wasn't without its critics either.

The conferences of Fine Gael and the Labour Party hinted at some of the choices voters will face in 2016 should the Government run its full term.

In Castlebar, the Taoiseach gave a commitment that the era of new taxes and charges was over and he said there would be further tax cuts in this year's budget.

Enda Kenny said Government planned to bring the number of workers exempted from paying the Universal Social Charge to 500,000.

Minister for Finance Michael Noonan best summed up the mood of the conference when he said Ireland stood at a fork in the road, with one road delivering full employment in less than four years and the other uncertainty.

For the second month in a row, Minister for Agriculture Simon Coveney was able to deliver good news to beef farmers - this time the confirmation that China had lifted its ban on Irish beef.

Later in the month at the Labour conference in Killarney, Tánaiste Joan Burton defended her party's record in Government. 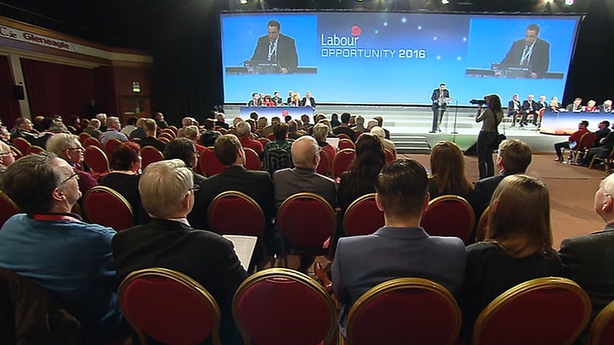 Hundreds of water charges campaigners protested outside on the day the Tánaiste gave her first major conference speech as party leader.

In an uncharacteristically low voice, she appealed to voters to give Labour a second term in government to build "a decade of opportunity".

Ms Burton described her opponents as a coalition of chaos and highlighted issues central to Labour policy including same-sex marriage, paternity leave and child benefit payments, which she promised to increase at the next budget.

At the conference, Minister for the Environment Alan Kelly pledged to bring forward legislation to deal with rising rents by the end of the year. The legislation is set to fix rents over a three-to-four-year period.

The party also passed a motion calling on the Government to reject a bid by IAG for shares in Aer Lingus if concerns about the sale were not addressed. 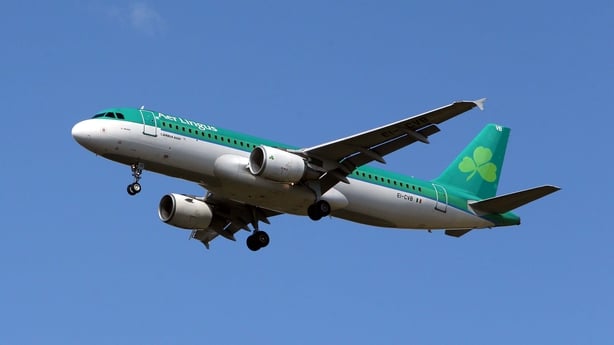 Those views were in keeping with Minister for Transport Paschal Donohoe's announcement in February that Government had rejected IAG's bid for the State's 25.1% share in the airline.

The minister did hold out the prospect, though, that a better offer might be accepted if there was greater certainty provided about connectivity and specifically the Heathrow slots.

IAG Chief Executive Willie Walsh had promised concrete guarantees on this issue, albeit for only five years, when he gave an assured address to an Oireachtas committee earlier in the month.

He also warned that typically his second offer in business deals is worse that his opening one.

That was enough to sway many in Fine Gael and even former Labour minister Pat Rabbitte.

However, several Government TDs from both parties, based near Dublin, Cork and Shannon Airports, remained opposed to any sale.

There was some strong opposition from outside the Dáil to the Children and Family Relationships Bill published in February.

It will give civil partners and cohabiting couples who have lived together for three years the chance to adopt children. 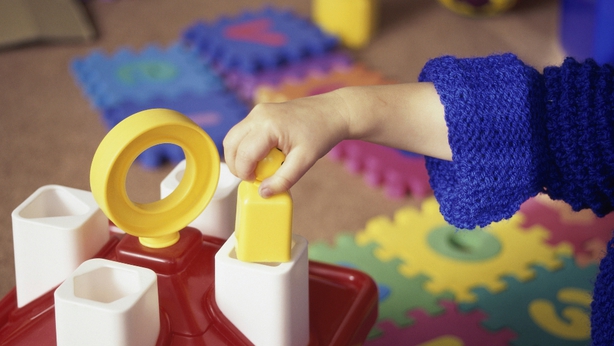 The Government hopes this will separate the adoption issue from the same-sex marriage referendum announced for 22 May.

Before that date the Government could well be fighting a legal battle with tobacco companies.

Minister for Children James Reilly's plan to remove all branding from tobacco products was backed by the Oireachtas this month.

A battle of a different sort could be on the cards as anger rises in rural Ireland.

The future of small schools, the closure of rural post offices and the lack of broadband were to the fore in Dáil debates during February.

Minister for Education Jan O'Sullivan did scale back plans to cut again the minimum number of students needed to keep two and three teachers in a school.

This move was enough the take the heat out of the issue for now.

On the wider question of breathing life back in to rural areas, the Government has said repeatedly that jobs are the key.

On that front the CSO Live Register figures fell again in February.

The unemployment rate now stands at 10.1% amid much confidence in Government circles that it will fall below the 10% mark very soon.