Some TDs will even tell you quietly the ideal would be to spend the full month away from Kildare Street.

That’s not a runner, however, when you’re part of an administration that promised a democratic revolution.

The reason they fear the return? Well, it’s because the Christmas break halts the conveyor belt of legislation.

Then something else invariably fills the gap.

The biggest worry for Government is this could spell a crisis. With little else to focus on, the punches landed by the Opposition and the media in the early days of the year can leave the Government dazed and wrong-footed for weeks.

Think back to January 2014 when the Garda whistleblower allegations were really beginning to have an impact on then minister for justice Alan Shatter.

Yes, the ghosts of that time did linger in the air in January 2015 but it was the Ceann Comhairle rather than the Coalition who took the biggest hit this time. 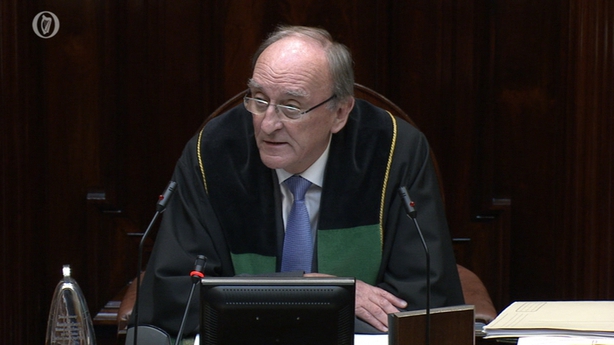 The shutting down of a debate on the establishment of an inquiry into some of those allegations sparked trouble for Seán Barrett.

The legal reasoning was simple. The former minister was, after all, taking an action in the courts against the findings of barrister Seán Guerin.

He had criticised the way Mr Shatter dealt with the claims made by Sergeant Maurice McCabe.

So Mr Barrett took no chances but incurred the wrath of the Opposition. The Fianna Fáil and Sinn Féin leaders accused him of gagging the Dáil.

Their anger further heightened after the Ceann Comhairle's claim on radio that the angst displayed in the Chamber was an attempt to undermine him.

That claim was later withdrawn but the episode was a bruising one for the Dáil chairman. 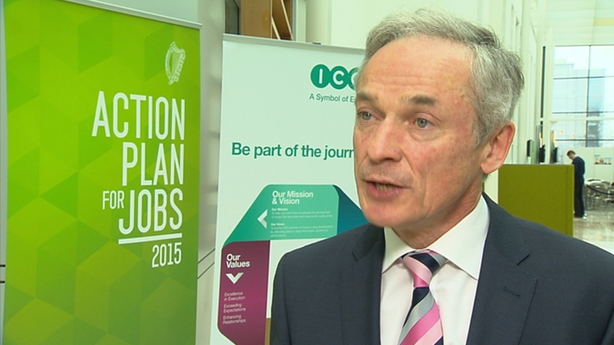 The Government, meanwhile, began the year making big announcements with gusto. The most audacious was Minister for Jobs Richard Bruton’s ambition to have full employment in Ireland by 2018.

That set the tone for the way Government would approach the early days of the year.

Unemployment remains high but it continued to drop in January and now stands at 10.5%.

Word from the European Commission that Ireland will be the fastest growing economy in the EU this year, coupled with the re-opening of the American beef market for Irish farmers, further added to the exuberance on the Government benches.

Opinion polls too showed a recovery in the Coalition’s fortunes, even if Labour support remains perilously low.

That said, the latest Sunday Business Post-Red C poll shows the party is just one point shy of what it sees as the vital 10% mark.

Fine Gael is at 24%, a three point rise in support but still some considerable distance from the 36% it won at the last general election.

Fianna Fáil appears to have plateaued just below 20%. Sinn Féin is well positioned on 20% but party support was down in the first two polls of the year. 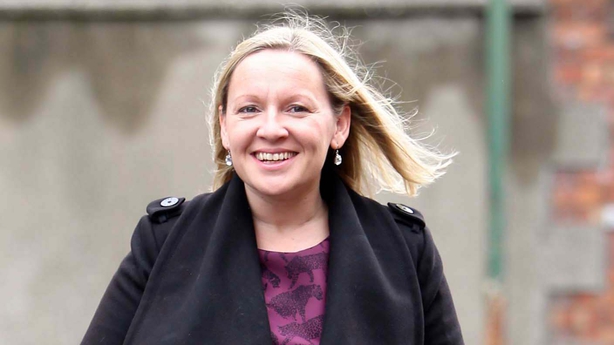 And in the month that Lucinda Creighton gave notice she would be forming a political party, it is independents and the smaller parties who remain the biggest group on 28%.

One of the big issues that boosted support for independents over the last year was water charges. It was to the fore again in the first weeks of the year.

The registration deadline for Irish Water arrived and just over half of 1.5 million customers signed up. But there was a somewhat strange assurance from Minister for the Environment Alan Kelly that it was not a “drop dead” deadline.

The last day of January saw plenty of water charges protests on the streets of cities and towns around the country. 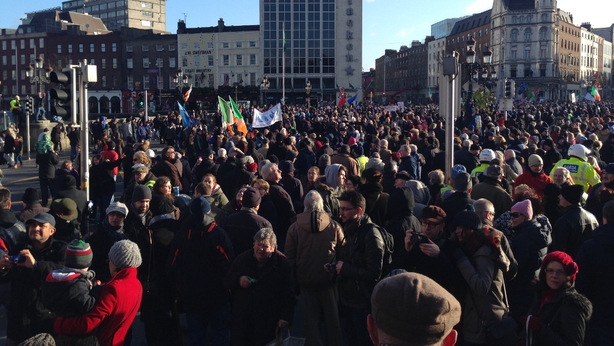 Numbers were well down on the previous demonstrations before Christmas but still enough people turned out to bring the capital city to a standstill on a Saturday afternoon.

There is a sense, though, that Government is content to play a long game with water charges and the company overseeing the charges, Irish Water.

Yes, the intense political heat has been taken out of this issue thanks to the reduced charges and the €100 water conservation grant per household.

But will the €130m the Government is spending on the grant ensure this political headache abates indefinitely?

That question will ultimately be answered by the numbers who pay for water.

The Government also needs the European Commission to give the green light to the intricate funding plan it has introduced for these charges.

After the first six weeks of the year, there is a sense of optimism among Government TDs that has not been evident for most of the last four years.

Yet there is a huge distance for Fine Gael and particularly Labour to travel if they are to get anywhere near the electoral heights of 2011.

The Coalition TDs hope that time will be enough to get them someway there.

But even with the passing of time, Irish Water and its funding continues to throw up a problem every other week. Even more important is that many people have not yet signed up to pay the water bills.

Other difficulties also remain unsolved despite much talk. The Dáil heard again recently that families facing homelessness in Dublin, Cork and Kildare remain a grim reality.

Long waiting lists for the most basic health services and many people having to endure that wait on hospital trolleys was a problem that Government looked no closer to solving in the first month of the year. 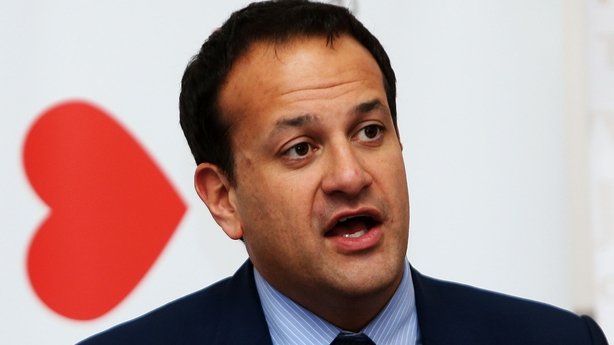 The relatively new Minister for Health Leo Varadkar won much admiration in January for his honesty about personal matters.

His political honesty was already well known, but it alone may not be sufficient to reverse the age-old problems in health that could yet dent the Government’s optimism about the future.