Residents of a besieged Syrian town have told UN investigators how the weakest in their midst, deprived of food and medicines in violation of international law, are suffering starvation and death, the top UN war crimes investigator has told Reuters.

An aid convoy brought the first food and medical relief for three months to the western town of Madaya, where 40,000 people are trapped by encircling government forces.

Another United Nations official who oversaw the aid delivery described how he saw malnourished residents, particularly children, some of whom were little more than skeletons and barely moving.

The UN commission of inquiry documenting war crimes in Syria has been in direct contact with residents inside Madaya, the commission's chairman Paulo Pinheiro said in an emailed reply to Reuters questions.

"They have provided detailed information on shortages of food, water, qualified physicians, and medicine. This has led to acute malnutrition and deaths among vulnerable groups in the town." he said in the email.

The UN inquiry, composed of independent experts, has long denounced use of starvation by both sides in the Syrian conflict as a weapon of war, and has a confidential list of suspected war criminals and units from all sides which is kept in a UN safe in Geneva.

"Siege tactics, by their nature, target the civilian population by subjecting them to starvation, denial of basic essential services and medicines," Mr Pinheiro said.

"Such methods of warfare are prohibited under international humanitarian law and violate core human rights obligations with regard to the rights to adequate food, health and the right to life, not to mention the special duty of care owed to the well-being of children."

Call for urgent evacuations from Madaya

Earlier, UN ambassadors said around 400 people must be urgently evacuated from Madaya to receive medical care.

The UN has asked the Syrian government to allow the 400 Syrians to be airlifted out of Madaya, where medical charity Médecins Sans Frontières‎ said 28 people have starved to death since 1 December.

"They need medical evacuation on an urgent basis tonight and they want permission from the government of Syria to lift those people out," said New Zealand's UN Ambassador Gerard van Bohemen.

The UN Security Council met behind closed doors to discuss the situation in the besieged areas where residents told AFP they had resorted to eating grass and killing cats to feed themselves.

"If they are not evacuated tonight, the situation will be more than dramatic tomorrow," he said.

US Ambassador Samantha Power said "over 400 people are on the brink of death in need of immediate medical evacuation" from Madaya.

Hours earlier, a convoy of 44 trucks loaded with food, baby formula, blankets and other supplies entered Madaya, which has been under siege by President Bashar al-Assad's forces for six months.

An additional 21 trucks delivered supplies to two other towns besieged by the rebels, Fuaa and Kafraya.

Syria's UN envoy Bashar Jaafari dismissed reports of starvation in Madaya as fabrications and accused "terrorists inside" the town of stealing the supplies.

Britain and France are calling for an end to the sieges.

"Starving civilians is an inhuman tactic used by the Assad regime and their allies," said British Ambassador Matthew Rycroft.

"All sieges must be lifted to save civilian lives and to bring Syria closer to peace," he said in a statement.

The UN said it is struggling to deliver aid to about 4.5 million Syrians who live in hard-to-reach areas, including nearly 400,000 people in 15 besieged areas.

French Ambassador Francois Delattre said lifting the sieges was key ahead of a new round of peace talks between Mr Assad's government and the opposition planned for 25 January in Geneva.

"The intra-Syrian negotiations will not resume unless there is an improvement of the civilians' plight," he said.

More than 260,000 people have been killed in Syria since the conflict began in March 2011 with anti-government demonstrations. 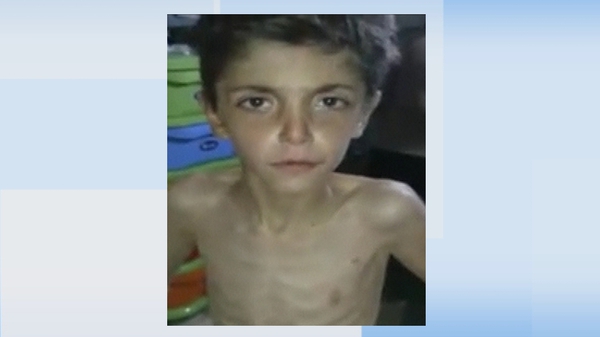