Two men have died following a collision between two lorries in Co Monaghan this morning.

The crash occurred on the N2 between Carrickmacross and Castleblayney at around 6am.

One of the men has been named locally as 30-year-old Declan Holian from Ramelton in Co Donegal.

The second driver was a foreign national and has not yet been identified.

Both drivers were the sole occupants of their trucks.

Their bodies were removed to Our Lady of Lourdes Hospital in Drogheda.

The N2 road between Carrickmacross and Castleblayney was closed following the collision, but has now reopened. 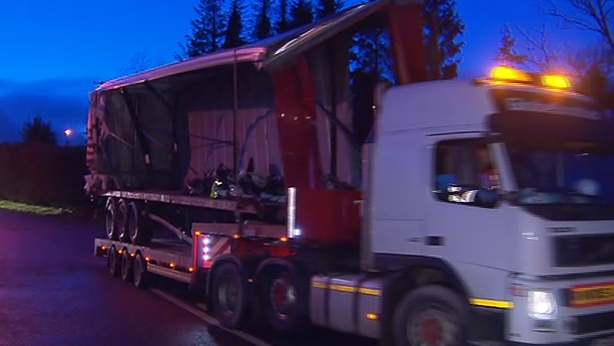 Gardaí are appealing for witnesses to contact Carrickmacross Garda Station on 042-9690190, the Garda Confidential Telephone Line 1800 666111 or any Garda station.