A missile has hit a health centre operated by Doctors Without Borders (MSF) in northern Yemen, killing three people and wounding 10 others, the aid agency's spokeswoman said.

The missile struck the medical facility in the Razeh district of Saada province, according to communications officer Malak Shaher.

She said MSF could not specify whether the centre was hit in an air strike by the Saudi-led coalition or by a rocket fired from the ground.

Saada is the heartland of the Iran-backed Shia Houthi rebels that the coalition has been bombing since March in support of Yemen's beleaguered government.

MSF last month accused the coalition of bombing its clinic in Taez, southwest Yemen, where nine people were wounded including two agency staff.

The coalition said at the time that it would investigate MSF's claim.

#Yemen: We strongly condemn this and we reiterate to all parties to the conflict that patients & medical facilities must be respected. #IHL

The UN envoy for Yemen Ismail Ould Cheikh Ahmed arrived today in Sanaa in a bid to convince the rebels and their allies to attend fresh peace talks slated for next week.

But Foreign Minister Abdel Malak al-Mekhlafi said that the talks will not take place until 20 January at the earliest.

The government met the rebels and their allies in Switzerland last month for six days of talks that ended with no major breakthrough.

More than 5,800 people have been killed in Yemen since March, about half of them civilians, according to the UN.

Meanwhile, the Saudi-led coalition has denied renewed accusations of dropping cluster bombs in Yemen after UN chief Ban Ki-moon said their use may be a "war crime".

He was specifically responding to a report issued on Thursday by the US-based Human Rights Watch, which quoted residents describing a 6 January attack consistent with air-dropped cluster bomb use.

A day later Mr Ban said he had received "troubling reports" of cluster bomb attacks in the rebel-held capital Sanaa.

"I think it's a very weak report," Mr Assiri said of HRW's study. "They didn't show any evidence."

He said the watchdog mentioned a type of cluster munition "that doesn't exist in our stock," adding that 90% of coalition operations in Sanaa are directed against Scud missile launchers.

"You cannot use a cluster bomb against Scud launchers," Mr Assiri said.

There has been widespread international concern about the high numbers of civilian casualties in Yemen.

The Saudi-led coalition has been supporting Yemeni forces since March against the rebels and their allies, who seized territory from the internationally-recognised government. 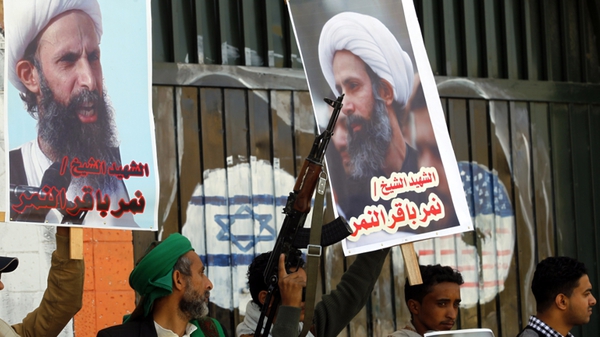