A man in his 70s was airlifted from the beach in Rush in north Co Dublin around 9.40am, in the first callout in 2016 for the Coast Guard’s Rescue 116 helicopter.

The man had been swimming off the coast, but managed to return to shore himself.

However, believed to be suffering from severe hypothermia, he was flown to Drogheda where Rescue 116 was met by the Irish Coast Guard Drogheda unit.

The Coast Guard was then waiting at the landing site, O'Raghallaighs GAA grounds, for nearly 25 minutes for an ambulance to transfer the casualty to the emergency department at Our Lady of Lourdes Hospital.

Given that the distance to the hospital was around 1km, the Coast Guard unit took the decision not to wait any longer for the ambulance and transferred the casualty in one of its jeeps to the hospital.

In response the HSE said in a statement that the Coast Guard "notified the National Ambulance Services approximately ten minutes prior to its estimated time of arrival in Drogheda.

"All ambulances in the region were at that time tasked with prior calls.

"The Coast Guard had a jeep ready to meet the helicopter on its arrival as is standard practice and decided to transport the patient to OLOL hospital." 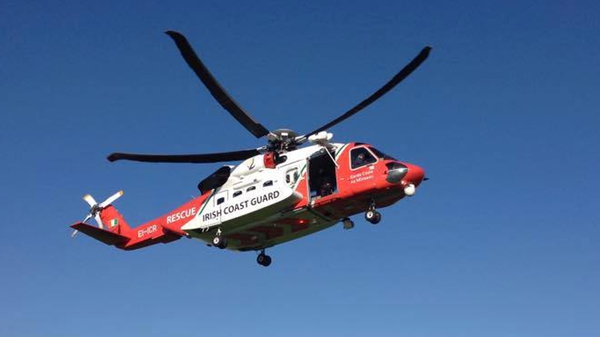