Ms Le Pen was defiant despite her party failing to win a single region in the elections.

"Nothing can stop us now," she said. "By tripling our number of councillors, we will be the main opposition force in most of the regions of France."

The result followed the withdrawal of President Francois Hollande's Socialist Party in two of the regions for the decisive run-off round, and its call on supporters to vote tactically to keep the FN out of power.

Mr Sarkozy's The Republicans and centre-right allies took 57.5% of the vote in the northern region, where FN leader Marine Le Pen was standing against her 42.5 percent. 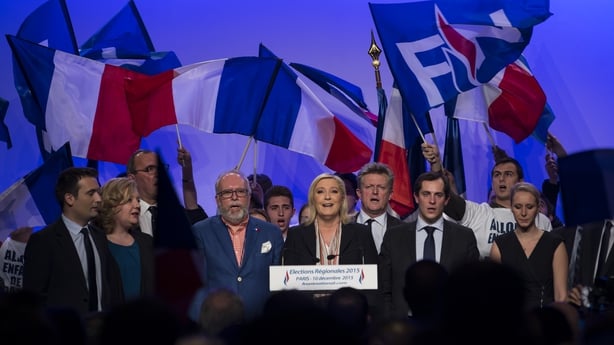 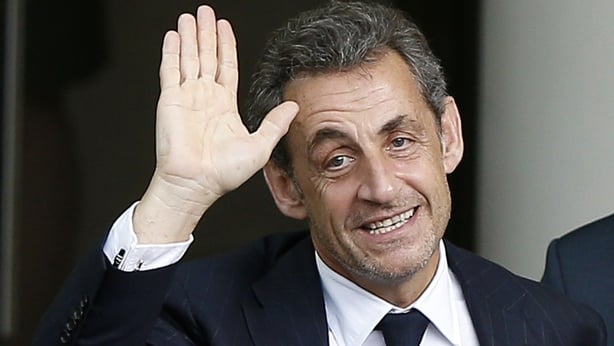 In the south-east, where Le Pen's niece Marion Marechal-LePen was the FN's lead candidate, the conservatives scored 54.5% and the FN 45.5%, the poll said.

The turnout in both regions was more than 61%, up significantly from the first round, the poll showed.

In the eastern region, where the Socialists did not withdraw, the centre right won 48.4% against the FN's 36.4 percent, according to a separate poll.

If confirmed, the results would be a huge disappointment for Ms Le Pen, who had hoped to use victories as a springboard for presidential and general elections in 2017.

French Prime Minister Manuel Valls said that the danger of the far-right remained despite the National Front failing to win a single contest in regional elections.

"The danger of the far-right has not been removed, far from it," said Mr Valls after early estimates were released.

Results in all of the 13 regions of mainland France are expected later in the evening.